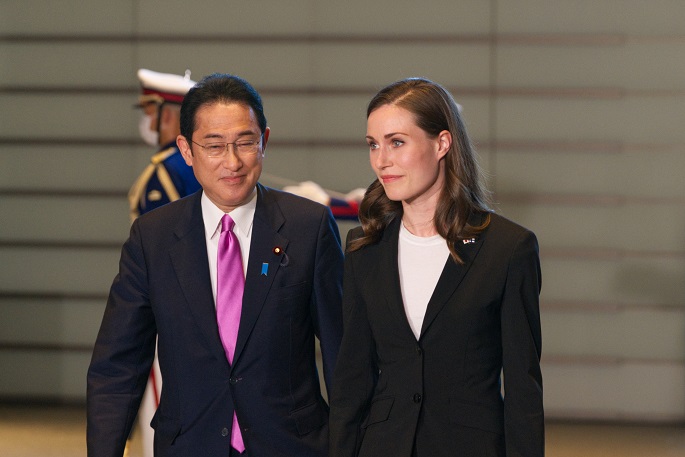 Prime Minister Sanna Marin on Wednesday met with her Japanese counterpart Fumio Kishida in Tokyo and discussed various bilateral and international issues including the need to reform the UN Security Council to make it more representative, transparent and effective.

The Premiers also discussed the current security situation, especially Russia’s invasion of Ukraine and its consequences, along with the security environment in Asia, said a government press release.

The importance of nuclear disarmament was also highlighted in the discussion where gender equality issues, digitalisation and the green transition were also focused.

In connection with their meeting, the prime ministers signed an agreement on working holiday arrangements between Finland and Japan.

The reciprocal agreement will give Finnish and Japanese nationals aged 18–30 the right to apply for a holiday in the partner country so that they will also have the right to work in the country to a limited extent in order to fund their travels. Next, the agreement will be submitted to Parliament.

Marin also held meeting with Hiroyuki Hosoda, Speaker of the House of Representatives of the Japanese Parliament and discussed Finland’s education system, social security and strong tradition of gender equality.

Earlier in the morning, the Premier delivered her keynote speech at a high-level seminar on societal impact of digitalisation.

On Thursday, Marin and the Finnish business delegation will also have a meeting with representatives of the Japan Business Confederation Keidanren.

The aim is to strengthen relations between Finnish and Japanese businesses in fields such as science and technology.

Prime Minister will return to Finland on Friday 13 May.