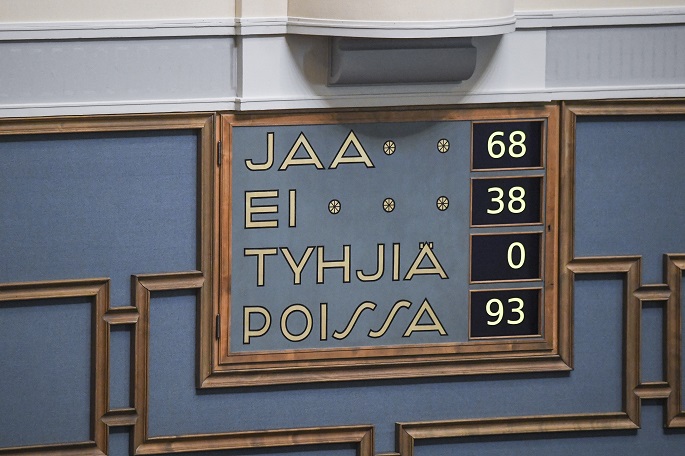 The parliament late Friday night decided to vote on whether to approve the decision of European Union recovery package. Photo: Finnish parliament (Eduskunta) by Kimmo Brandt.

The parliament will vote on whether to approve the decision of European Union recovery package, said an official press release on Saturday.

The date of the vote, however, was not declared yet but the next plenary session will be held on Tuesday at 2:00 p.m.

Deputy Speaker Tarja Filatov told national broadcaster Yle that the vote would be held on Tuesday.

Earlier, on May 5, the Parliamentary Finance Committee supported the European Union coronavirus recovery package and recommended that Finland should approve the package.

The committee in its report proposed that Parliament approves the Council decision on the European Union's own resources system made in 2020.

It also said that to be adopted, the proposal must be supported by at least two-thirds of the votes cast in a plenary session.

The Committee proposed that Parliament approves the European Council decision of 2020 on the European Union's own resources system.

The Finance Committee supported the decision on the own resources package, which authorizes the European Commission to borrow EUR 750 billion to finance the recovery instrument.

According to the Committee's assessment, it is not in Finland's interest to opt out of the recovery package, as the absence of any country could lead to the project failing.

The Constitutional Law Committee had previously assessed that this arrangement is effectively equivalent to a significant transfer of competences to the European Union.