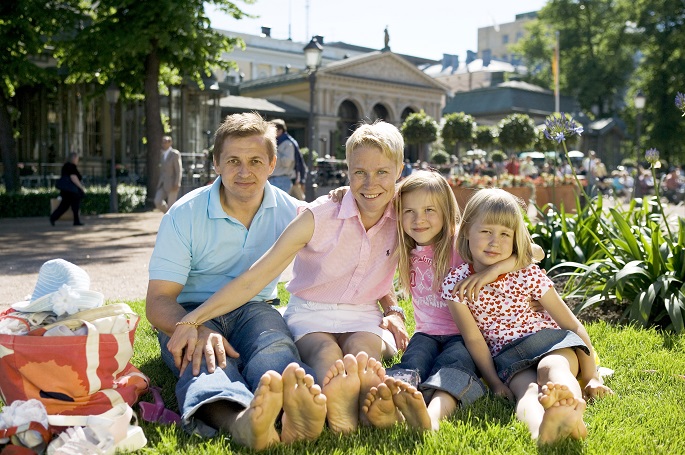 Nearly a third of families felt that their economic status had declined, according to an expert evaluation of the National Institute for Health and Welfare (THL).

The change was felt to be more negative in families with three or more children. One in ten respondents said they had applied for income supplements, and a few percent had taken payday loans.

The THL is monitoring the impact that the coronavirus epidemic is having on people's well-being, services, and the national economy.

The extensive expert evaluation that has now been published focuses primarily on effects that have been observed in late 2020 and early 2021.

According to the fresh evaluation the coronavirus epidemic has had significant economic impacts on families, especially in the form of increased temporary layoffs and permanent redundancies.

Nearly one in five parents said that their families had been affected by layoffs or redundancies resulting from the crisis.

The number of people who were temporarily laid off in the early part of 2021 was at the same level as it was in late 2020.

In February, the combined number of those who were laid off full-time was over 55,000. The number remains large compared with the situation a year ago. Unemployment has also been at a high level early in the year.

“The economy has not weakened as much as was originally feared, but economic problems have divided the population in many ways. The economic situation has weakened especially among those who were already having economic problems before the epidemic. If they are drawn out, the differences in how different population groups are affected threaten to exacerbate the differences in livelihood and their consequences”, said THL Research Professor Sakari Karvonen.

Resources of social and health care services have had to be redirected to fighting the coronavirus epidemic, with a focus on tracing infections and vaccinations. The effect of this is especially severe on children, young people, and families, who need help and support right now.

“Many children and young people, who had previously been getting support, are getting less help now. In addition, the possibilities for parents to support children and young people in schoolwork, for example, have varied from one family to another. In a child's world the scope of the coronavirus period that has lasted for more than a year is far more extensive than it has been for adults”, said THL Head Physician Marke Hietanen-Peltola.

There have been cutbacks in regular health check-ups at child health clinics and consultation times have been shortened.

“It would be of crucial importance at maternity and childcare clinics to meet patients regularly and for the personnel to remain the same. It is easier to speak in confidence with a familiar and trustworthy nurse. This makes it possible to identify the support that is needed and to tailor the right kind of support for families”, said Tuovi Hakulinen, Research Manager at THL.

The service and care gap will be evident for a long time and latent needs are likely to burst forth in basic health care and specialised patient care and in crisis support, for example.

In public health care, services have been offered almost at a normal level and their availability in the spring of 2021 has been mostly good.

Domestic violence has increased during the epidemic, but visits by victims of violence to basic services have decreased. Those experiencing violence have been contacting low-threshold services, telephone hotlines, and online chats more than before.

Some areas in the social security system have been quite flexible and access to certain benefits, for example, has been eased.

The coronavirus epidemic is reflected in a decline in resources. For example, optimism toward the future has waned among adults. Stress has also increased among children, young people, and students.

A large treatment backlog in oral health care has grown during the epidemic – a total of 1.1 million visits.

The elderly are experiencing great loneliness. This is worrying because loneliness increases susceptibility to many illnesses.

Legally mandated time off for many family carers has been cancelled and daytime activities have been suspended, which has affected their ability to cope.

Disabled persons and those with reduced mobility have been more worried than the rest of the population about issues such as reduced social contacts and coronavirus infections affecting them or their next of kin.

Immigrants felt that they were having especially great difficulties in getting mental health and dental services.