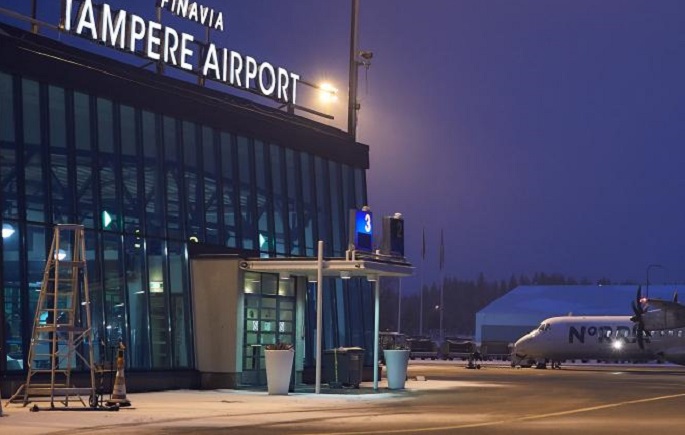 The airport is carbon neutral and Finavia is determined to minimise its airports’ impact on local water systems.

The focus is on carefully handling runoff waters that may contain traces of glycol, an ingredient found in the de-icing and anti-icing fluids used at the airport.

In recent years, Tampere Airport has undergone a large-scale renovation and expansion project.

The airport can now serve larger aircrafts with more efficient turnaround times. Water management has also been taken into consideration in airport renovation projects. It is especially important during the winter season, when aircrafts need to undergo de-icing and anti-icing procedures.

One major investment was installing a soil-protecting film under apron number 1, as it was being repaved. Aircraft de-icing is now concentrated in this area, ensuring that runoff water is collected efficiently. Overall, the airport has invested several million euros into the improvement of the collection, pumping and handling of de-icing and anti-icing runoff.

“In addition to renewing the apron, we have intensified the monitoring and guidance of water at the airport. Our operations are, of course, in line with the requirements of our environmental permit, but we seek to go even beyond what is required of us when it comes to protecting local waters,” said Tampere Airport Manager Mari Nurminen.

The efficiency of the airport’s water management is constantly overseen by monitoring the water quality of local streams and the amount of glycol collected.