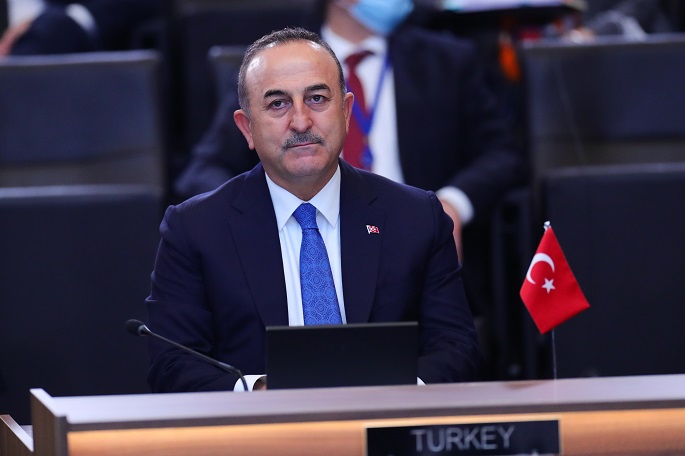 The Turkish foreign minister on Thursday urged Finland and Sweden to take "concrete steps" about their “commitments” that should be fulfilled before their accession to the NATO, reported news agency Xinhua.

"They have not yet fulfilled their commitments made in the documents (to join NATO)," Mevlut Cavusoglu told the annual Ambassadors' Conference, which was held in Ankara to discuss the Turkish foreign policy.

However, their accession bid was initially blocked by Turkey, which accused the two countries of supporting anti-Turkish terrorist organizations after they refused Ankara's extradition requests for suspects affiliated with the Kurdistan Workers' Party (PKK) and the Gulen movement.

"We want to learn why the necessary steps are not taken. There is no time pressure for us. Of course we have time pressure for the issue on terror, but eventually they are the countries that want to become NATO members," Cavusoglu said Thursday.

The Foreign Ministers of Finland, Sweden and Turkey on June 28 signed a trilateral memorandum which confirms that Turkey will support the Finland´s and Sweden´s NATO membership applications.

Earlier on July 18, Turkish President Recep Tayyip Erdogan reiterated that he would freeze the bids from Finland and Sweden to join the NATO alliance if they do not keep the promises they made to secure Turkey's support last month

On June 30, Turkish President Recep Tayyip Erdogan warned that Sweden and Finland's accession to NATO could still be blocked if the countries did not fulfill their end of a bargain with Ankara to extradite wanted individuals deemed by Turkey to be "terrorists."

On July 1, Foreign Minister Pekka Haavisto said that no change to Finnish law was agreed upon in any form in the trilateral memorandum signed among Finland, Sweden and Turkey.

On July 5, NATO Ambassadors signed the Accession Protocols for Finland and Sweden at NATO Headquarters in Brussels.

So far, 23 countries out of total 30 ratified the NATO accession protocols for Finland and Sweden.