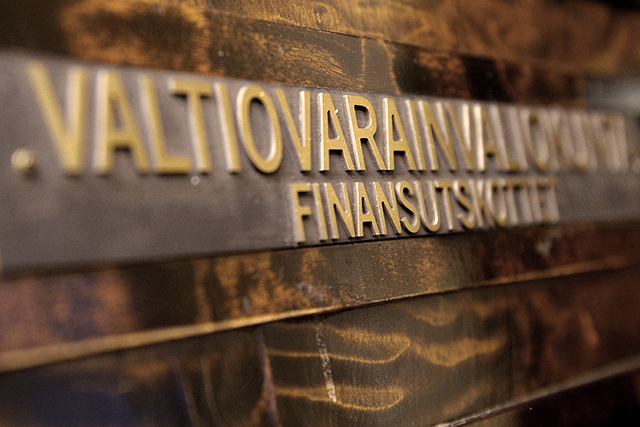 The Parliamentary Finance Committee has supported the European Union coronavirus recovery package and recommended that Finland should approve the package.

The committee in its report on Wednesday proposed that Parliament approves the Council decision on the European Union's own resources system made in 2020, said an official press release.

It also said that to be adopted, the proposal must be supported by at least two-thirds of the votes cast in a plenary session.

The Committee also proposed that Parliament adopts eight statements. The first proposed statement is that parliament requires the recovery instrument to be considered an exceptional and one-off solution, that the arrangement does not serve as a precedent and that Finland will not accept a repetition of or the arrangement becoming permanent.

The committee, however, added two dissensions to the report.

Next, the matter will be discussed in a plenary session of parliament in a so-called single reading.

The Finance Committee supports the decision on the own resources package, which authorizes the European Commission to borrow EUR 750 billion to finance the recovery instrument.

According to the committee's assessment, it is not in Finland's interest to opt out of the recovery package, as the absence of any country could lead to the project failing.

In that case, the probability of a deep crisis would be high and the probable economic loss for Finland would be significant. The Committee also draws attention to the fact that other countries that were critical of the Recovery Fund were reluctant to overthrow the solution, even though the financing solution was not optimal.

According to experts heard by the committee, it was also considered possible that Finland opting out of the recovery fund would not necessarily overthrow the package. In this way, Finland could achieve at least the same or even a better result by national means than with EU funding.

However, the committee agrees with the government's assessment and believes that such a solution would significantly deplete our country's political capital. Opting out could become costly in the future if Finland no longer receives support for its own positions when deciding on matters where unanimity is not required. Requiring special treatment would also weaken Finland's chances of receiving support if it itself faces major financial or other shocks.

The committee also points out that the EU is a political community whose internal solidarity affects the EU's credibility in the rest of the world and the financial markets. Despite the shortcomings and problems of the Recovery Fund, Finland also has an economic interest in participating in the proposed arrangement as Finland is an open, export-driven, small economy with close economic ties to the rest of Europe.

The committee believes that the recovery package will not in itself create a fiscal union, but that, for example, transfers without strict conditionality could reduce incentives for structural reforms. The Committee notes that similar decisions will continue to require unanimity.