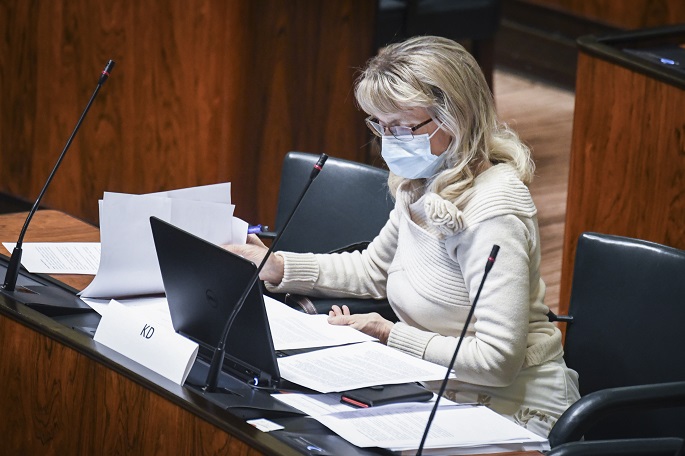 Räsänen was interior minister of the country from 2011 to 2015, and chair of the SuomenKristillisdemokraati for more than one decade till 2015.

One of the charges brought against her is linked to writings on the websites of the Luther Foundation Finland, a conservative reform movement, and the Finnish Evangelical Lutheran Mission while the two other charges are liked to her remarks published in various social media and on national broadcaster Yle radio programme.

The Prosecutor General considered the remarks as derogatory and discriminatory against homosexuals and violate their equality and dignity.

The Prosecutor General Office, however, dropped the preliminary investigation into another charge against Räsänen related to her remarks on commercial broadcaster MTV's Yökylä programme considering the offence as minor.

Expressing her immediate reaction, Räsänen said that the Prosecutor General's decision was surprising, and even shocking, reported national broadcaster Yle.

"I do not consider myself guilty of threatening, slandering or insulting any group of people. These are all based on the Bible’s teachings on marriage and sexuality," said the Yle report, quoting Räsänen as saying.

According to the Prosecutor General Office, Räsänen wrote, "He created them as men and women. Gay relationships challenge the Christian conception of man."

The Prosecutor General Office submitted the charges to the Helsinki District Court.