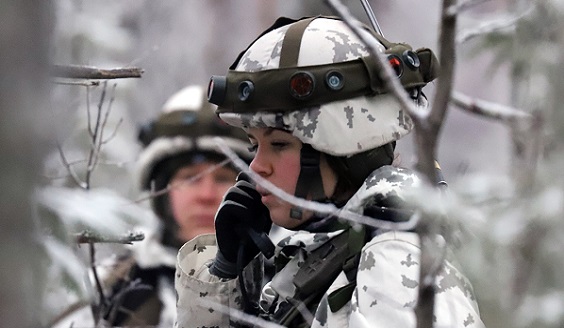 A total of 1258 women applied to voluntary military service this year, said Finnish Defence Forces in a press release on Monday.

The Act on Voluntary Military Service for Women was reformed last year, and according to it the application period to service ended about six weeks earlier than in previous years.

Due to this application schedule change, women’s selection events and related medical examinations will be able to be synchronized with call-ups in the future.

Conducting women’s selection events and call-ups at the same time and location will be piloted in 2024.

Women can apply to service online through the Defence Forces E-service. The online application process for 2024 will be opened in late February.

The number of women applying to women’s voluntary military service has stabilized at over 1 000 a year. In last spring’s application round, applications were submitted by 1588 women.

More than 12 000 women have been trained in the Defence Forces and Border Guard to the reserve.

“Voluntary women bring a significant contribution to the Defence Forces reserve with their motivation and know-how. After service, their skills will improve even more in refresher training exercises. Completed service also gives eligibility to apply for crisis management duties, pursue a military career or serve in the local forces in one’s area,” said the Army Chief of Staff, Major General Jukka Jokinen.

Women who have applied to service will be called to selection events organized by regional offices, to be held in April.