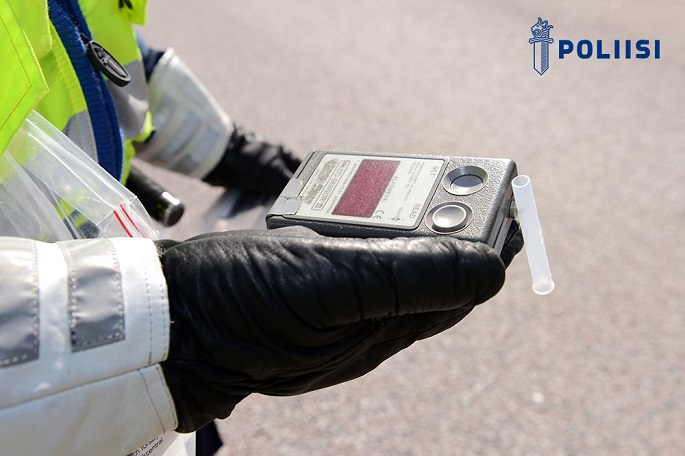 A total of 284 people suspected of drunk driving were apprehended during the pre-Christmas peak hours and the following mornings on three weekends from November 18 to December 4, said police in a press release on Wednesday.

On average, 272 breathalyser tests were administered per each person suspected of having used alcohol, compared to 118 breathalysers tests per suspect in the previous year.

The proportion of drug-related cases rose from about 24 percent last year to about 31 percent this year.

Police inspector Tuomo Katajisto from the National Police Board of Finland considers the increase in the proportion of other drivers under the influence of drugs worrying, at the same time as there are fewer and fewer drunk drivers who have used alcohol.

The proportion of drivers under the influence of narcotics in causing fatal accidents is increasing: in 2020, they caused 16% of all fatal accidents according to the Finnish Crash Data Institute’s intoxicant report.