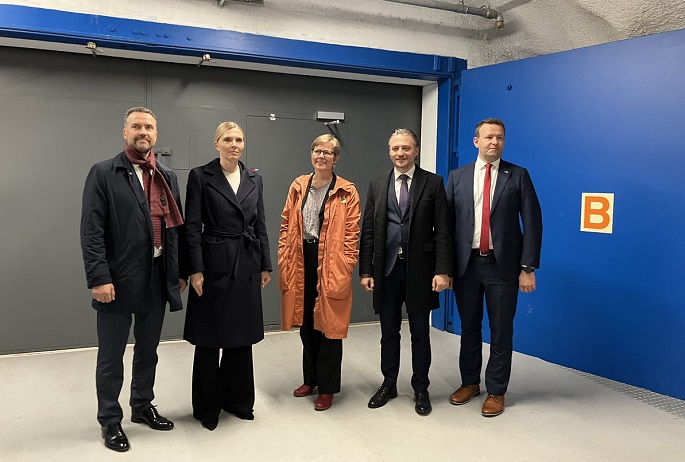 The meeting focused on civil and emergency preparedness, and on critical infrastructure and its protection, said Ministry of the Interior in a press release on Thursday.

On Thursday the ministers visited the civil defence shelter in Helsinki's Merihaka district and discussed civil and emergency preparedness.

“The European security environment has deteriorated. To prepare for threats, we need not only good national but also international cooperation, of which today’s meeting is a prime example. The scope of our preparedness must match the wide range of challenges we are facing. In addition to military preparedness, we must strengthen civil preparedness,” said Mikkonen.

The past two years have shown that the EU countries should further strengthen their joint resilience, as the changed security environment has made the resilience of societies more important than ever.

Critical infrastructure refers to the vital structures, services and functions of society. Today, nationally critical systems and services are often interdependent and transnational in nature, and provided by the private sector.

The risks and threats involving disruption to critical infrastructure have multiplied since Russia illegally invaded Ukraine in February. The Nord Stream gas pipe leaks in the Baltic Sea at the end of September are an example of such threats.

In order to strengthen Finland’s national security, the Ministry of the Interior will soon launch a legislative project to improve the resilience of critical infrastructure, robustness of individual operators and continuity management . The decision to launch the project was announced in the Government report on changes in the security environment.