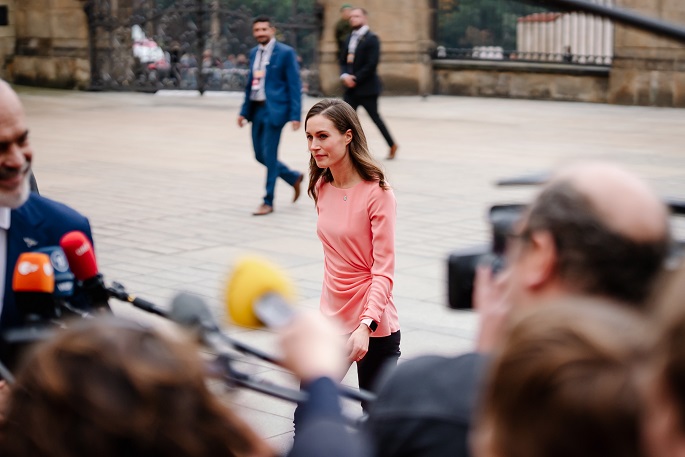 Prime Minister Sanna Marin on Thursday stressed that Europe must continue its strong and united support to Ukraine so that Ukraine can win the war, said a government press release late Thursday night.

“We must do everything in our power to support Ukraine and increase pressure on Russia, which started this brutal war of aggression. Ukraine is fighting for all of us, for Europe as a whole,” said Marin at the meeting of European leaders in Prague.

The first meeting of the European Political community brought together the heads of state or government of more than 40 countries across Europe.

Marin also reiterated that Russia’s war of aggression against Ukraine challenges the security of Europe as a whole and affects the daily lives of all Europeans.

The Premier highlighted the need for Europe to act in a united manner to reduce the impact of the war on the everyday lives of citizens. It is also important for Europe to work together to combat the distorted narrative Russia is spreading. The international community has to say it aloud: the food and energy crises and the rise in the cost of living are all the result of Russia’s war of aggression against Ukraine.

Other European leaders also emphasised the importance of supporting Ukraine in their speeches.

In addition to the opening and closing sessions, the programme for the meeting included group discussions on security and stability, energy, the climate and economic issues.

The European Political Community, which met today for the first time in Prague, aims to provide a policy coordination platform for countries across the European continent.

In addition to the heads of state or government of the EU Member States, leaders from 17 European countries outside the EU – Albania, Armenia, Azerbaijan, Bosnia and Herzegovina, Georgia, Iceland, Kosovo, Liechtenstein, Moldova, Montenegro, Northern Macedonia, Norway, Serbia, Switzerland, Turkey, Ukraine and the United Kingdom – were invited to the meeting.