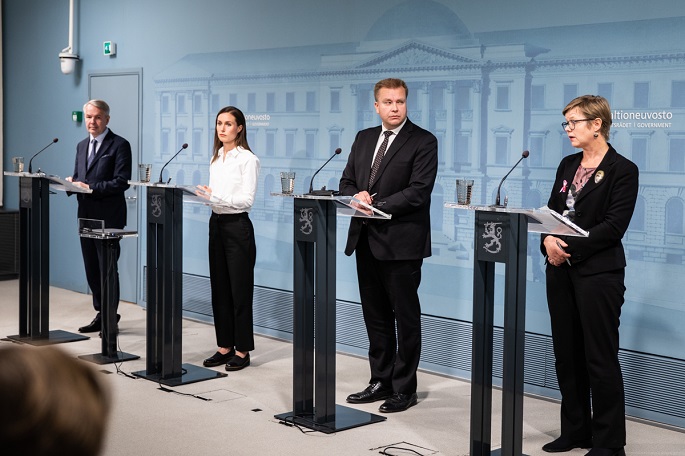 The government on Wednesday decided to restrict the entry of Russian people into Finland as a transit to travel to other Schengen countries.

The government at a meeting late Wednesday night discussed the foreign and security policy situation and decided to adopt a resolution on Thursday in this regard, said an official press release.

“Tomorrow, on Thursday 29 September, the Government will adopt a resolution that will significantly restrict the right of Russian citizens to enter Finland as tourists and to use Finland as a transit country when travelling to other parts of the Schengen area, as described in more detail in the resolution,” said the press release.

In addition, the government received a briefing on ways to enhance control at the border between Finland and Russia using a border fence.

The government took the decision against the backdrop of increasing number of influx of Russians through the land borders during the recent period.

A total of 50,655 Russian citizens entered into Finland in the last seven days from September 21 to September 27, said the Finnish Border Guard in a press release on Wednesday.

Up to 80% of arriving Russians are in transit to other (Schengen) countries,

Earlier, the President and the Ministerial Committee on Foreign and Security Policy on September 23 decided that the government would issue a resolution placing significant restrictions on the issuing of visas to Russian citizens.

Restrictions will be also imposed on their entry into the country in order to prevent serious damage to Finland’s international position.