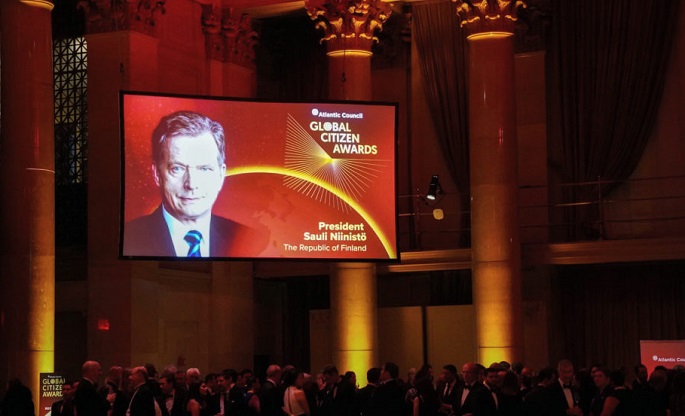 President Sauli Niinistö got the Global Citizen Award, granted by the Atlantic Council in New York on early Tuesday, according to the President Office.

Foreign Minister Pekka Haavisto received the award on behalf of Niinistö as the President was attending the funeral of UK Queen Elizabet II in London.

The award is granted annually to persons who have made exceptional and distinctive contributions to strengthening the transatlantic relations.

“It was a great honour to receive the Atlantic Council's Global Citizen Award,” the President wrote in a twitter Post.

The Atlantic Council is a US organization and research institute, focused on foreign and security policy issues and transatlantic relations. The organization was established in 1961.