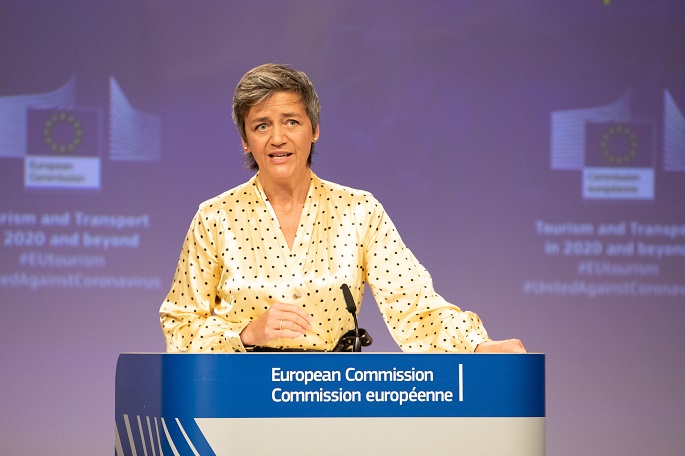 The European Commission has accused Deutsche Bank and Rabobank on Tuesday of engaging in cartel activities in the trade of financial bonds between 2005 and 2016, reported dpa.

"It is fundamental that economic operators determine their prices independently," EU Competition Commissioner Margrethe Vestager said in a statement outlining the charges.

The specific accusations relate to the sale and purchase of Euro-dominated government bonds, among other financial products, in the European Economic Area, including the EU, Norway, Iceland and Liechtenstein.

The Brussels competition authority levelled the charges against the two banks after talks to reach a settlement failed.

The Dutch Rabobank and German Deutsche Bank can now respond to the allegations and defend themselves in hearings with the commission and national competition authorities.

The commission said if the two banks fail to address the concerns, the competition regulator can impose a fine worth 10% of each financial institution's global annual turnover.

A statement from Deutsche Bank said it did not expect to be fined and is "proactively cooperating with the European Commision" on the matter.