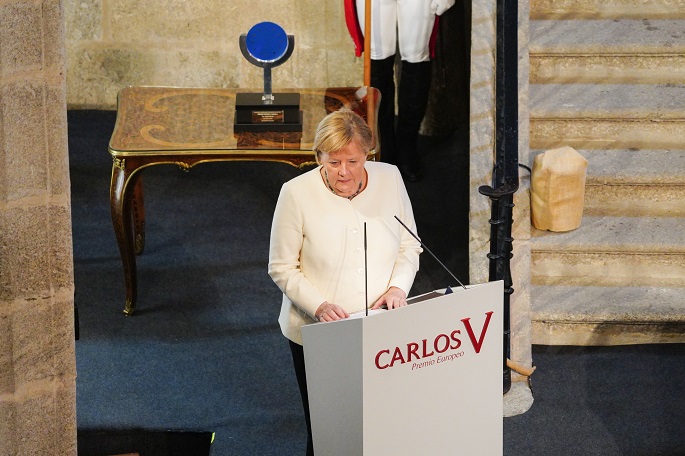 Spanish Prime Minister Pedro Sanchez and the German ambassador to Spain, Wolfgang Dold, were also at the ceremony 230 kilometres to the west of Madrid.

Merkel was receiving the prize for her services to European unity, said Guillermo Fernandez Vara, who heads the government of the Extremadura region and is president of the European Iberoamerican Academy of the Yuste Foundation.

The king said the prize was going to a personality who had always been ahead of her time. Merkel had always backed constructive solutions and sought compromise in contributing to European unity and to the close relations between Spain and Germany, Felipe said.

Merkel called on European countries to overcome their differences. "Europe is only as strong as it is united," the outgoing chancellor said in her acceptance speech.

Where short-term national interests were placed above joint European projects and legal foundations, things started to go wrong, she said.

Founded in 1992, the European and Iberoamerican Academy of the Yuste Foundation has awarded the Charles V European Award since 1995. Former German chancellor Helmut Kohl received it in 2006.

Charles V, Holy Roman Emperor until his resignation in 1555, lived there until his death in 1558.