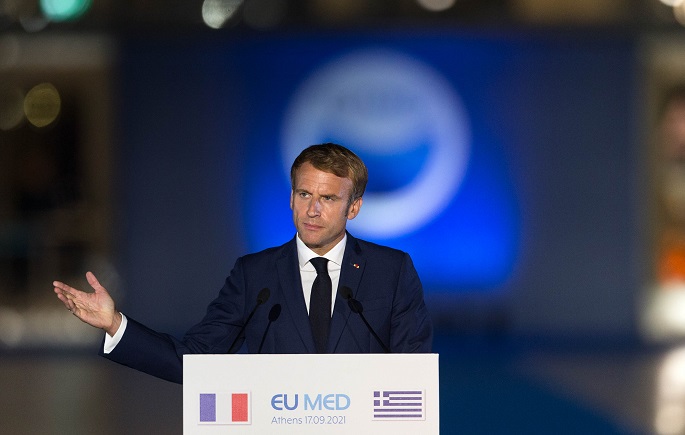 "France's goal for 2030 must be to produce better, live better and understand the world better," he said.

The investment aims to equip France with smaller nuclear reactors and with improved nuclear waste management by 2030, Macron said, explaining that the small modular reactors are safer.

France also aims to become a leader in green hydrogen by 2030. As a key element of the investment plan, France will allocate 500 million euros to disruptive technologies in renewable energy, with the decarbonization of industry as its main goal.

France will also build at least two megafactories for the production of green hydrogen, he said.

"In our strategy for 2030, we have committed to reducing, between 2015 and 2030, our emissions in the industrial sector by 35 percent" using public and private investment, he said.

Furthermore, France will invest some four billion euros in the transport sector, and will aim to produce two million electric and hybrid vehicles by 2030 and build a low-carbon airplane.

Investments are also foreseen in other sectors, such as culture, health, agrifood and space.

"If we do not re-industrialize the country, we will not be able to become a nation of innovation and research again," Macron said, stressing that the "France 2030" plan is not an "impossible dream."