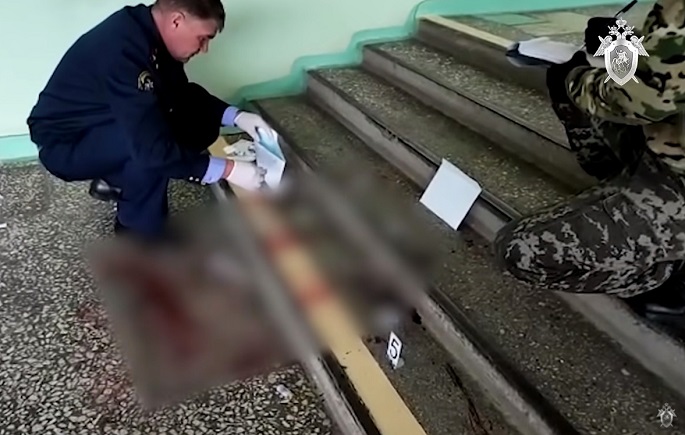 In this screenshot of footage provided by the Russian Investigative Committee, officers work at Perm State University following a shooting attack on Sept. 20, 2021. Photo: Xinhua.

Six people were killed and 24 others injured after a student fired random shots at Perm State University in Russia on Monday, the health ministry confirmed, reported Xinhua.

Sputnik reported earlier that eight people were killed in the incident.

According to the ministry, 19 of the injured have gunshot wounds, and seven have been hospitalized with one of them in serious condition.

The gunman, a university student, used a hunting weapon legally purchased in May this year. He was detained and wounded by police when he resisted arrest.

The perpetrator's motive was not disclosed.

Russian President Vladimir Putin expressed condolences to the families of the victims. The governor of the Perm Region declared Tuesday a day of mourning for the dead.

This was the second deadly attack against students in Russia this year. A former student opened fire in a school in Kazan on May 11, killing nine people and injuring 23 others.