A perspective for railway logistics

Finland to boost cooperation with China under new gov´t 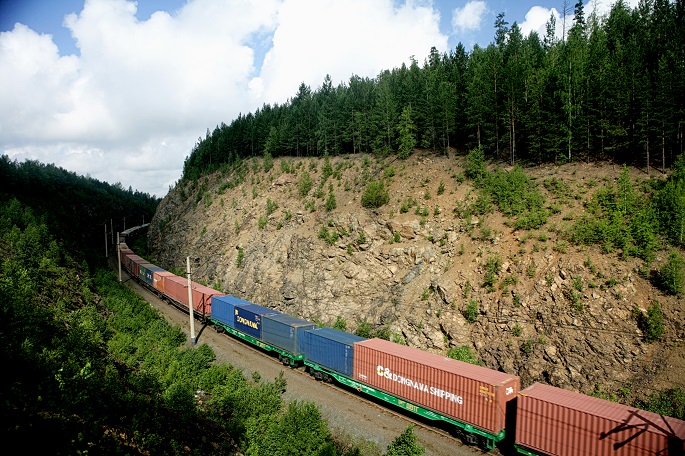 Commenting the nomination of Sanna Marin as the new Prime Minister of Finland, Jarno Syrjälä, Finnish Ambassador to China, assured that increasing cooperation between the countries will remain a priority under new government, said a press release.

“China is a very important partner for Finland, while Finland is becoming a more and more attractive partner for China, the two nations’ future relations will continue to prosper,” said the Ambassador on December, 11, to a Chinese newspaper People’s Daily.

From this perspective the results of the 4th China-Finland Committee for Innovative Business Cooperation that took place on December, 12-13, in Helsinki, look even more promising to both parties. During the two-day discussion four Working Groups of the Committee – Energy, Maritime Logistics, Forestry and Clean Air suggested the ways to strengthen economic partnership. Mikael Laine, Chairman of the Maritime Logistics working group said in particular, that land and sea transport between the countries are supposed to nearly double by 2030. At the same time, China is investing heavily in logistics routes – noted Laine – and the companies on both sides are planning to expand other forms of logistics, such as road and rail.

For China developing railway connection with Finland has been a significant part of the Belt & Road Initiative (BRI) – a massive infrastructure project expected to boost trade between the two continents. From January to November 2019 the total volume of cargo shipped on the railway route China-Finland-China has made up 3 466 TEU (TEU – a twenty-foot equivalent unit, which is used to measure a ship’s cargo carrying capacity), according to the United Transport and Logistics Company – Eurasian Rail Alliance (UTLC ERA), which is responsible for about 80% of Eurasian railway traffic on the New Silk Road routes, transiting via the broad gauge network of Russia, Belarus and Kazakhstan. Key goods transported from China to Finland in 2019, as to UTLC’s data, included LED lamps, shoes, fabrics, clothing, solar panels and household goods, while cargo on Finland-China route included mostly plastic products, cellulose, car tires, elevator parts, paper and cardboard.

Besides being a secure way to transport goods, which due to their size or composition cannot be shipped by air or sea, railway also allows to reduce shipment time greatly. A container sent by rail from China by direct railway route through Kazakhstan and Russia reaches Finland (Buslovskaya/Vainikkala border stations) in just 7 days, while for most of the maritime routes this would take 35 to 40 days. This time-efficiency can definitely bring new opportunities for Finnish business.

Some of the big European companies are already taking advantage of it, for example DHL, that has launched high-speed pilot train from China to Europe using the services of UTLC ERA via Kaliningrad this November. This allowed the global logistics service to reduce total transit time on the routes China-Europe from 17 to 10 – 12 days. “We have repeatedly stated the readiness of UTLC ERA to act as a technological and operational platform for testing the latest transportation and information technologies for the container trains organization in China-Europe traffic”, said Alexey Grom, CEO of JSC “UTLC ERA”, commenting on this project.

Last month UTLC, has enlarged the spectrum of its transportation services by opening of a new transcontinental combined rail and sea route. On November, 12th the first goods train from China arrived to the Baltic Sea port of Mukran, located on the German island of Rügen. The key feature of the sea corridor is that it makes the process of putting cargo from 1520 mm railway gauge (Russia and CIS) to 1435 mm (EU) railway gauge quicker and easier, as the wagons do not have to be put from one railway chassis to another anymore, which normally takes a lot of time. Another special thing about Baltiysk-Mukran sea corridor is that the trains, which start out from Xi’an in Central China pass the corridor with a single CIM/SMGS waybill, which allows to save time and reduce the amount of paperwork.

Using a single CIM/SMGS waybill in multimodal, cargo transportation by rail and sea might be a good solution not only for Germany but for other Baltic Sea countries as well. And who knows – maybe for the next Christmas the presents ordered in China would reach people in Finland a few weeks quicker, while being delivered by a railway rather than by sea.