Leyen presents nominees for next EC 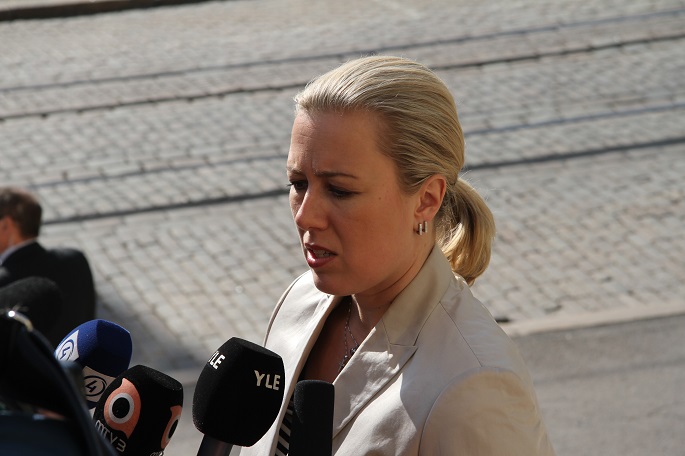 Suomen Sosialidemokraattinen Puolue (Social Democratic Party of Finland -SDP) lawmaker Jutta Urpilainen has been nominated as a commissioner of the next European Commission, to be appointed for the term 2019-2024.

Urpilainen has been a member of parliament since 2003. In 2011-2014, she served as the minister of finance, also deputising for the prime minister.

She has also served as deputy speaker of parliament and a member of the Parliamentary Supervisory Council of the Bank of Finland.

News agency Xinhua adds: Jutta Urpilainen, the nominee for the new post as EU commissioner for international partnerships, said on Tuesday "a new strategic companionship must be built between the EU and Africa".

She told Finnish media in Brussels that also the private sector must join in creating investments, employment and permanent wellbeing in Africa.

Ursula von der Leyen, president-elect of the European Commission, published the names of the candidates and their portfolios on Tuesday in Brussels.

In her brief to Urpilainen, Von der Leyen wrote that Urpilainen should draw up a new Africa strategy for the EU.

As a second matter, Von der Leyen also said Urpilainen should aim at creating agreements with countries that immigrants transit through or come from. Urpilainen's assignment covers also development cooperation.

Commenting on the immigration issue, Urpilainen said living conditions in the countries of origin must be improved.

Urpilainen said her portfolio combines the major issues of current generations such as the climate change, new security threats, an increase in inequality and what she described as "the crisis of democracy".

Urpilainen would have to balance between the published values of the EU and the demands from some EU member countries to "close the borders".

Following is the lineup of nominated vice-presidents and commissioners.

Margrethe Vestager (Denmark), coordinating whole agenda on a Europe fit for the digital age and being the Commissioner for Competition.

Valdis Dombrovskis (Latvia), coordinating the work on an Economy that Works for People and being the commissioner for financial services.

Commissioners-designate are as follows: