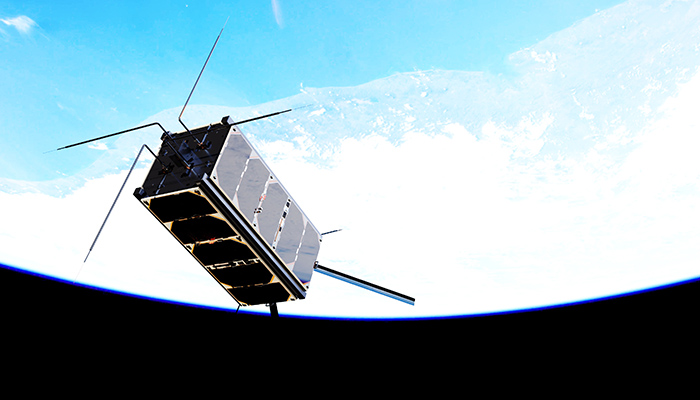 The satellite designed and built by Aalto University students in Finland arrived at the ISS with 38 cubesats, many of which were built by the university’s students at the station, when Cygnus cargo ship completed its three-day journey from Cape Canaveral at Finnish time 1.05pm on Saturday.

Praks observed the launch and confirmed that the trip to the space station went without any glitch, said the Yle report.

Aalto-2 was launched on April 18 on an Atlas V booster rocket towards the ISS orbiting the Earth, said an Aalto University press release.

“We had been preparing for launching either Aalto-1 or Aalto-2 for a long time. There was a big crowd of us looking forward to and celebrating this historic event in Otaniemi,” said Praks.

Aalto-2 will take part in the international QB50 Mission aimed at producing the first-ever comprehensive model of the thermosphere, the layer between the earth’s atmosphere and space. Dozens of nanosatellites from different parts of the world will take part in the mission. Because Aalto-2 is part of a larger project, it will be registered in Belgium like other satellites of the project to simplify the permit procedures.

“The space station will release Aalto-2 into space in about one month. The astronauts will install the launch adapter into a robot arm, which will allow the satellite to be safely detached to its orbit. The astronauts will film the satellite being detached and that will be the last time we can see the Aalto-2 satellite before starting to wait for its signals,” said Tuomas Tikka, a doctoral candidate at the Aalto University and one of the founders of Reaktor Space Lab.

The Aalto-2 satellite’s orbit is close to the equator, so the satellite can only be occasionally in contact with the earth station in Otaniemi.

Aalto-2, which weighs only two kilogrammes, is carrying the multi-Needle Langmuir Probe (mNLP) payload developed at the University of Oslo for the measurement of plasma characteristics.

“Our team’s primary goal is to demonstrate how well the satellite platform designed and built at the Aalto University functions in the challenging conditions of space,” said Tikka.