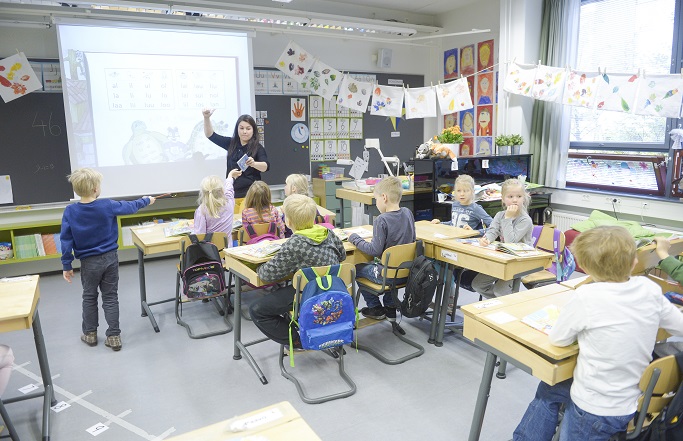 From the beginning of this year, Finland is starting to provide foreign language teaching to all children in the first grade, and some municipalities have included Chinese language in their choice list, reported national broadcaster Yle.

The aim is to boost foreign language proficiency required for the future workforce, as Finnish business and industry need employees with a variety of language skills, said Yle.

The majority of schools in Finland will offer first-graders only a single foreign language, most often English, due to budget limitations. However, some Finnish municipalities are trying to provide more foreign language options other than English.

Northern Finnish city of Rovaniemi, which is increasingly favored by Chinese tourists, is also keen to offer Chinese language teaching to children in the first grade.

Most of Finnish pupils traditionally began learning a foreign language (most typically English) in the third grade.

Sanni Grahn-Laasonen, the then Minister of Education, who announced this reform decision in 2018, said that the nationwide reform is also crucial for the equality and non-discrimination of education.

As early as in the autumn of 2017, a quarter of Finnish municipalities participated in the pilot project that allows children in the first grade or even preschool to start learning foreign languages.

Some media reported earlier that the annual costs of this reform are estimated at about 12 million euros, when all primary school pupils have begun foreign language learning in 2020.