Will the genocide against Rohingyas continue?

By Haider A. Khan 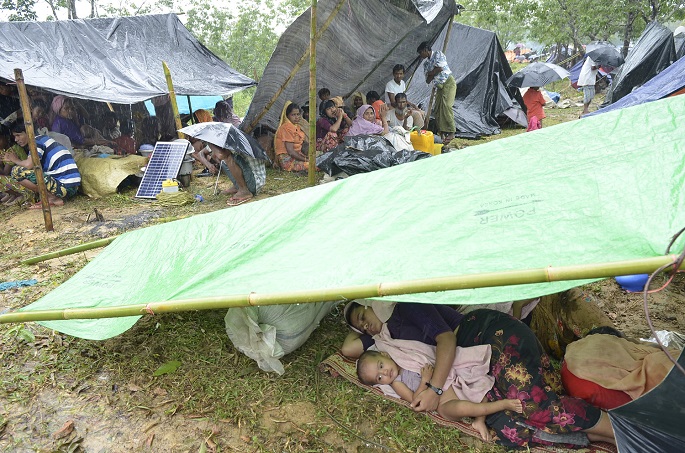 Rohingya refugees who were forced to leave their country by Myanmar security forces arrived in Bangladesh to save their lives. Photo Mostafizur Rahman.

According to UN investigators in late 2018 and early January 2019, genocide against the Rohingya Muslims in Myanmar has hardly stopped . All objective reports indicate that the government is demonstrating by its inactions that it has no interest in preventing genocide and establishing a genuine democracy for all in Myanmar.

Marzuki Darusman, chair of the UN fact-finding mission on Myanmar, is on record stating that thousands of Rohingya are still fleeing to Bangladesh. Furthermore, those who remain in Myanmar even after last year’s brutal military campaign against Rohingyas --- an estimated 250,000 to 400,000---- “continue to suffer the most severe” restrictions and repression. “It is an ongoing genocide,” according to the chair of the UN fact-finding mission.

It would appear according to the statements by Yanghee Lee, the UN special investigator on human rights in Myanmar that Aung San Sun Kyi , the Nobel peace prize laureate and former political prisoner who now leads Myanmar’s civilian government, “is in total denial” about accusations that the military in Buddhist-majority Myanmar raped, murdered and tortured Rohingya and burned their villages. One consequence has been the forced migration of Rohingyas fearing for their lives. About 700,000 have fled to Bangladesh since last August, she stated.

“The government is increasingly demonstrating that it has no interest and capacity in establishing a fully functioning democracy where all its people equally enjoy all their rights and freedoms,” according to Lee. “It is not upholding justice and rule of law”, is the judgment of experts such as Lee. She further pointed out that Sun Kyi who “repeatedly says[that all people enjoying equal rights and freedom] is the standard to which all in Myanmar are held” is being less than truthful about the Rohingya situation. It is tragic for the Rohingyas and hypocritical and disgraceful behavior for a former human rights activist like Sun Kyi.

For historical record, it should be mentioned that the British colonialists were the originators of the problem and Pakistani policies from 1947 onwards exacerbated the problems created by colonialism.

The future of Northern Arakan (Rakhine) became a subject of diplomatic spat between Pakistan and Burma because Pakistan would not give up its support for the faction of Arakanese Muslims who were put under the leadership of a pro-British leadership during WW2. In Northern Arakan, which shared its border with British India from 1937 when Burma was detached from the latter, and after 1947 with the then East Pakistan, the Muslims formed 60% of the population of Buthidaung Township and 45% of the Township of Maungdaw. To make matters worse, these Muslims as a group were punished by the Burmese government after the independence of Burma in 1948, and were classified in the then Burmese census as Pakistanis. Justifiably, the external affairs department of the Pakistani government disagreed with this view.

In fact, primarily because of the British machinations, the rivalry between the two communities in Burma had intensified during World War 2. A good part of the nationalist Burmese population rendered assistance to the Japanese. On the other hand, a segment of the Muslims in Northern Arakan were armed by the British for anti-Japanese guerrilla warfare. Even after the formal independence of Burma, the guerrilla activities of Muslims did not cease but continued under the name of “Mujahid Movement” which resisted Burmese central government control. The Burmese press accused Pakistan a number of times of giving not only sanctuary to the rebels in East Pakistan but also of rendering material and moral assistance to them. The issue of these “Mujahids” or “freedom fighters,” became the subject of intense discussion in the Burmese Parliament. Pakistan responded diplomatically and Pakistan’s Foreign Minister Hamidul Huq Chowdhury spoke in the national assembly on 26 March 1956. Chowdhury informed the assembly that a Pakistani delegation to Burma had been sent “to discuss and settle certain matters of mutual interest.” He referred to “the problem of the[Northern] Arakanese Muslims” as “an offshoot of the Mujahid problem.” Thus Pakistan’s Foreign Minister Hamidul Huq Chowdhury went on record by calling upon the Burmese government to “do their utmost to create a sense of confidence and security in the mind of the[Northern] Arakani Muslims now living in [Northern] Arakan” and to take back all [Northern] Arakanese refugees staying in East Pakistan.

Maulvi Zahiruddin Ahmad, who was declared “President” of a ‘Republic’ of the Buthidaung and Maungdaw areas during the days of resistance to the Japanese invaders in World War 2, continued to assert that 99% of the population of Northern Arakan had close cultural, racial, and religious affinities with the people of Chittagong in then East Pakistan. He also added that during the war, the Burmese showed hostility to the Muslims of this area and indulged in mass massacres. His position was that the people of [Northern] Arakan be given the right of self-determination. The logical corollary of his position was that a plebiscite should be held to determine whether the area where the Muslims lived should continue to be a part of Burma or be merged with Bengal.

The New York Times reported in December 1951 that during the previous three years almost 250,000 Northern Arakanese Muslims had crossed into East Bengal. According to the NYT, the latest influx, which started in May 1951, resulted in the entry of 30,000 more Muslims into the then East Pakistan. The continued influx of these Northern Arakanese Muslims into East Pakistan, the NYT report said, was the subject of a strong protest note addressed by the Pakistani government to the Burmese government. This note warned the Burmese government against the possibility of disturbances by the refugees on the international border. The note also asked for the immediate repatriation of the Northern Arakanese Muslims. Later, in the summer of 1959, about 10,000 Muslims were said to have crossed into East Pakistan. However, so far as Burmese newspapers and authorities were concerned, the problem was one of illegal entry of Pakistanis into Burma and their repatriation. Historical records show, for example, that the columnist U Yan Gon wrote in the Burmese paper, The Rangoon Daily, on 17 January 1964

There are some 200,000 people who have illegally migrated from Pakistan into Burma. A large number of these illegal immigrants have been interned and fed in the Akyab prison by the Burmese government as the Pakistan government refused to recognize them as its citizens. It is surprising that Pakistan did not accept them, although they actually belong to that country. We are afraid that the illicit Pakistanis entry into Burma may in future become a problem like the illegal migration of Pakistanis into India. These people have moved into Assam, Tripura and West Bengal.

This Burmese columnist, U Yan Gon denied the existence of a problem between Pakistan and Burma like the Kashmir issue. However, he expressed serious concerns about Pakistani infiltration into Akyab district. The historian W. Norman Brown who had studied the problems of Northern Arakanese Muslims observed.

The community has felt itself insufficiently represented in Burma government affairs, considered itself discriminated against by the majority Buddhist community – as did the Muslims of India in relation to the Hindus – and some of its members have indicated a desire to be part of Pakistan.

In fairness to Burma, it needs to be admitted that there had been many areas of friction between Burma and Pakistan, for instance, the smuggling of rice from Burma into East Pakistan, which resulted in the loss of foreign exchange to Burma. And there was always the border problem, which was the subject of much discussion between the two governments from 1959 onwards. However, it was the demand of some of the leaders of the Northern Arakanese Muslims on the Arakan Coast for separation from Burma and merger with Pakistan that fuelled the desire of Pakistan to inject its two-nation theory into all neighboring areas. Accordingly, a faction of Pakistani foreign policy makers pushed for such a policy. This was to change albeit briefly, with the liberation of Bangladesh that demonstrated the hollowness of the Pakistani version of the two nations theory on the basis of just religion. 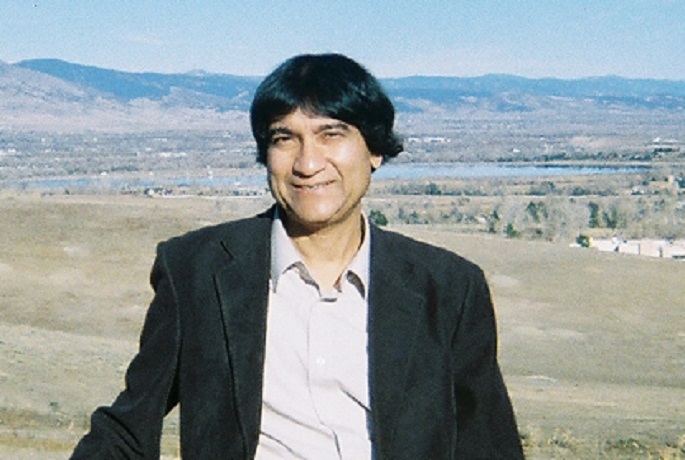 The governments headed by Tajuddin and Sheikh Mujibur Rahman in 1971-August 1975, started the process of a just settlement on the basis of international law and human rights principles. However, after the brutal coup of 1975 which some claim, was sponsored by the US against Mujib’s government, the military government of Ziaur Rahman adopted a Pakistan-like policy both internally and externally. Further military rule in the 1980s by General Ershad did not pay much attention to this problem. After the fall of Ershad in 1990, BNP, the party founded by Zia with the help of generally pro-Pakistan elements and opportunists did not carry out the necessary negotiations. It was only under Sheikh Hasina Wajed’s Awami League government that genuine efforts to solve the problem began. But by then the process of the Rohingya genocide has already reached almost a point of no return to normal diplomacy. Even so, the foreign minister during the second administration of the Prime Minister Hasina Wajed, Mr. Mahmud Ali, a freedom fighter against Pakistani repression and a career diplomat carried on valiantly making international law and human rights based arguments and seeking international support. Now it really is the responsibility of Sun Kyi and her regime to respond clearly and quickly to the cause of human rights against continuing genocide. However, given the situation I have described earlier, without international pressure, more of the same genocidal policies and acts in Myanmar will continue.

Regarding Myanmar’s current position, Darusman has already told the reporters ominously: “Its continued denials, its attempts to shield itself under the cover of national sovereignty and its dismissal of 444 pages of details about the facts and circumstances of recent human rights violations that point to the most serious crimes under international law” strengthens the need for international action because “accountability cannot be expected from the national processes”.

A great human tragedy like the one involving Bangladesh, India and Pakistan in 1971 has been continuing for many years, gaining in intensity and ferocity. When will the civilized nations of our international society respond in favor of protecting all that stands for decent respect for humanity?

Notes: The writer is a Professor of Economics, University of Denver. Josef Korbel School of International Studies and former Senior Economic Adviser to UNCTAD. He could be reached by email hkhan@du.edu 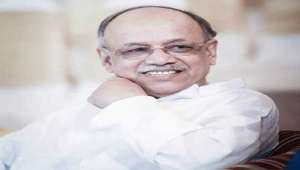 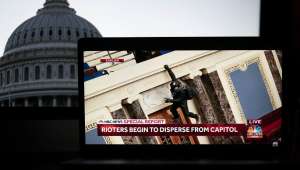 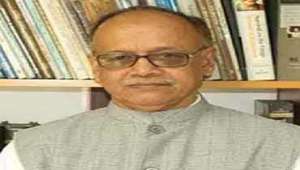 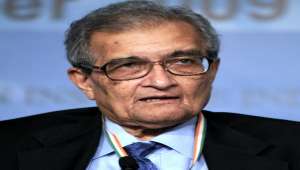