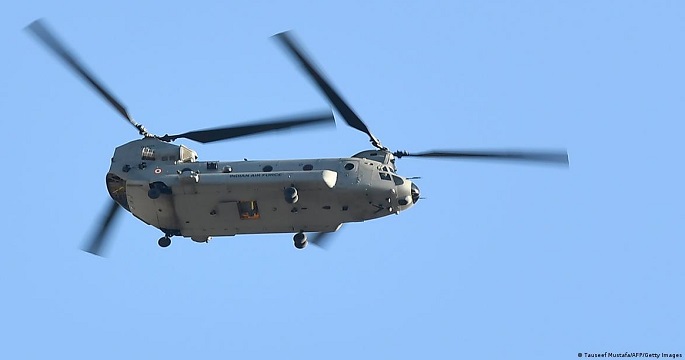 "We have confirmation of four deaths out of the 33 people trapped. Around eight of them have already been rescued and the rest are trapped in a crevasse," Ridhim Aggarwal from the State Disaster Response Force told French news agency AFP.

She added that it was difficult to keep in contact with rescue workers looking for survivors via helicopter because of heavy rainfall and snow, as well as the remote location.

Local and state first responders were at the scene, as well as the Indian Air Force. Later on Tuesday, they said that they had managed to rescue 12 people before having to pause operations overnight.

"Deeply anguished by the loss of precious lives due to landslide which has struck the mountaineering expedition carried out by the Nehru Mountaineering Institute in Uttarkashi," Defense Minister Rajnath Singh wrote on Twitter.

The group involved consisted of seven mountaineering instructors and 34 trainees. The trainees were learning how to cope with extremely high elevations.

Climate scientists have warned that global warming, which causes mountain ice to melt, has widen crevasses and created running water on formerly snowy slopes. These conditions could like to increasing the number of avalanches, they have said.