NATO-Russia talks must continue despite 'no real movement': Germany 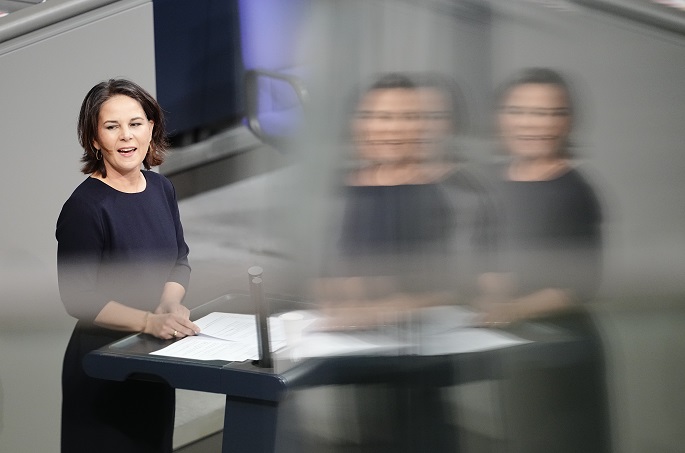 German Foreign Minister Annalena Baerbock speaks to members of parliament during the government's questioning at the start of the three-day debate on the policies of the traffic light coalition in the German parliament (Bundestag). Photo: Kay Nietfeld/dpa.

Talks with Russia must continue despite a lack of progress so far, German Foreign Minister Annalena Baerbock said on Thursday during a busy week of diplomatic activity surrounding the Ukraine crisis, reported dpa.

"Even though there have been no real movement at the moment, it is important that we are finally returning to the dialogue table," Baerbock said at an informal EU defence and foreign ministers meeting in Brest on the west coast of France.

The ministers were discussing proposals for future cooperation in common military policy.

The discussions are taking place amid a flurry of talks about European security, taking place in Geneva, Brussels and Vienna, amid tensions from a build-up of Russian troops on Ukraine's border.

However, there have been no major breakthroughs in the attempt to address the tensions.

NATO Secretary General Jens Stoltenberg said Moscow was not ready to commit immediately to new meetings with the Western military alliance but that it was open to dialogue.

Germany's top diplomat said the European Union had a role to play in the talks if it remained united.

"If we Europeans are united and whole, then we can play our role in the different formats very, very strongly, a role that relies on toughness, but also on dialogue," Baerbock said.