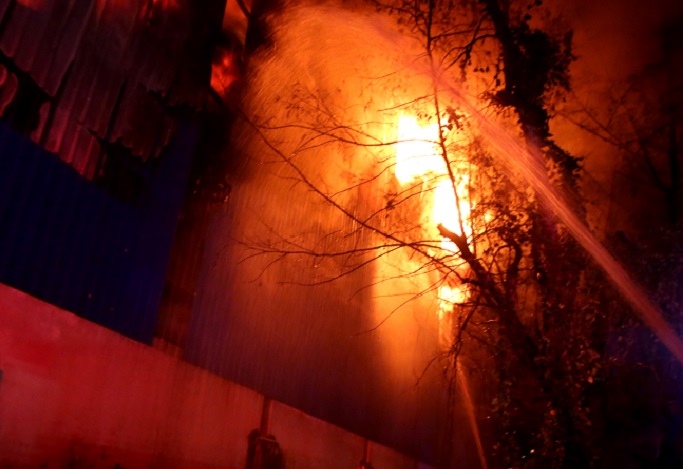 At least 38 inmates died and 69 others were injured in a fire that happened at dawn on Tuesday in Gitega prison, in Gitega province, central Burundi, Burundian Vice President Prosper Bazombanza said at a press conference after a visit to the prison, reported Xinhua.

"Out of over 1,500 inmates living in Gitega central prison, we deplore the death of 38 prisoners including 12 who were asphyxiated and 26 others who died of deep burns. During the incident, 69 inmates were injured, 34 of them seriously," said Bazombanza.

According to him, 35 other inmates were slightly injured and received treatment inside the prison.

"Medics at Gitega regional hospital where the 34 inmates have been admitted have ascertained that they will get better soon," said Bazombanza.

"The origin of the fire is chaotic installations, by inmates, of electric wires inside the prison," he said.

He took the opportunity to warn Burundian people living in communities like schools, military, or police barracks to avoid making such chaotic installations.

He pledged that the hospital bill for those injured patients will be fully paid by the government.

Bazombanza urged the solidarity ministry to provide food items, shelters like tents and mattresses to the prison to allow inmates to "live in acceptable conditions".

He also appealed to the infrastructure ministry to identify the needs for the rehabilitation of that prison, currently hosting over 1,500 inmates, but whose hosting capacity is only 400.

The prison of Gitega hosts inmates who were accused of the 2015 failed coup plot against the late President Pierre Nkurunziza who suddenly died on June 8, 2020.

In August 2021, the prison of Gitega caught fire, but the fire was quickly brought under control before causing damages.