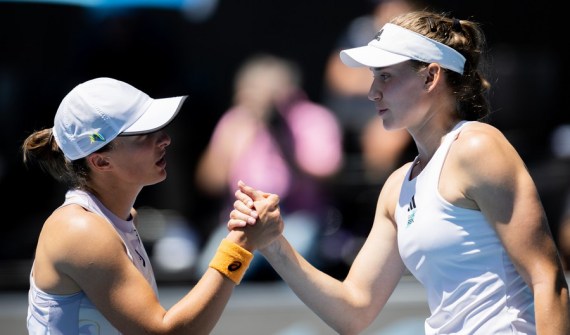 Swiatek greets with Rybakina after their women's singles 4th round match. Photo: Xinhua by Hu Jingchen.

World No. 1 Iga Swiatek crashed out of the Australian Open on Sunday after a shock fourth-round defeat to reigning Wimbledon champion Elena Rybakina, while men's third seed Stefanos Tsitsipas survived a major scare to reach the quarterfinals, reported Xinhua.

The upsets at an unpredictable tournament continued with hot favorite Swiatek's exit perhaps the most surprising so far.

The Pole will have to wait another year to break her title drought in Melbourne after falling to an impressive Rybakina 6-4, 6-4 in 89 minutes.

It is the first time at a Grand Slam in the Open era - since 1968 - that the top two seeds in the men's and women's draws all fell before the quarterfinals.

"I felt the pressure," said 21-year-old Swiatek, who is a three-time Grand Slam champion.

"I felt that I didn't want to lose instead of wanting to win.

"I felt like I took a step back in terms of how I approach these tournaments, and I maybe wanted it a little bit too hard."

While Swiatek was left disappointed, Kazakhstan's Rybakina took a major step towards adding a second Grand Slam title to her collection.

There has been much hype over 18-year-old Gauff, who has been tipped as a successor to her legendary American compatriot Serena Williams, but the pressure appeared too great for her as she fell well short of a maiden Grand Slam triumph.

Pegula made the quarterfinals of the Australian Open for a third consecutive year.

The third seed appeared to be cruising after winning the opening two sets before the Italian stormed back to force a deciding set.

Tsitsipas rallied and gained the decisive break in the sixth game before prevailing in an epic contest lasting four hours.

"I'm trying to do my best out here. It's not easy," Tsitsipas said. "I had an unbelievable opponent on the other side of the court today, playing incredible tennis in the third and fourth sets."

"Honestly, it feels amazing," said Lehecka, who is ranked 71.

"It's tough to find the words because of what I've been through in the last year and now coming back to Australia." 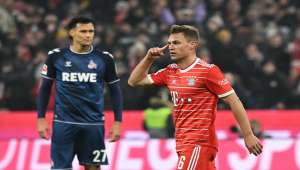 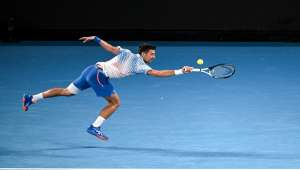 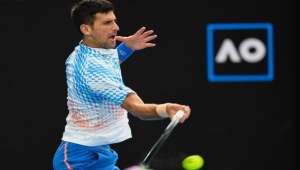