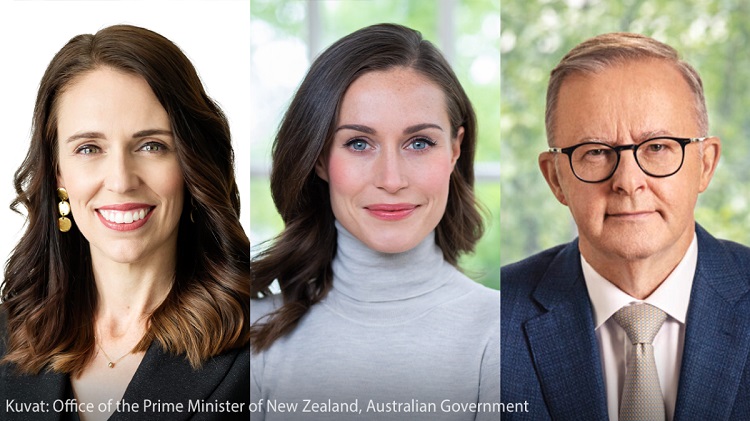 The Premier will meet her counterpart in New Zealand Jacinda Ardern in Auckland and her Australian counterpart Anthony Albanese in Sydney.

This will be the first time that a prime minister of Finland visits New Zealand or Australia.

In recent years, Finland has enjoyed increasingly diverse relations with both countries. While Finnish companies already have a good presence in Australia, the potential of commercial and economic relations with New Zealand remains partly untapped.

In order to respond to a changing international security environment and to defend common values, likeminded countries need to reinforce their cooperation.

Australia, New Zealand and Finland are all strong supporters of the multilateral system.

Finland can bring to the table reliable solutions for industries such as the new technologies sector, the digital transformation, the mining technology sector and the green transition.

The European Union is also intensifying its relations with the Indo-Pacific. The EU and New Zealand recently concluded negotiations on a free trade agreement. Finland considers it important that an agreement be reached on the remaining open questions with Australia as soon as possible.

Marin’s meetings with Ardern and Albanese will focus on the opportunities offered by new technologies and the digital transformation, along with energy supply and the green transition, response to climate change and biodiversity loss, and the international promotion of equality and human rights.

Other topics on the agenda include Russia's war of aggression in Ukraine, support for Ukraine, Finland’s future NATO membership, the security situation in the Indo-Pacific, and major power relations.

Marin will speak at the Lowy Institute in Sydney. Her speech will focus on the lessons learned from recent crises, such as the COVID-19 pandemic and Russia's war of aggression.