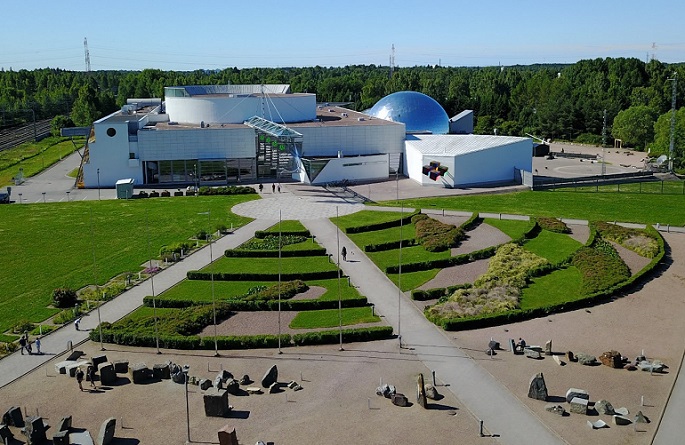 Finland will launch the world’s first-ever wooden satellite WISA Woodsatt into Earth’s orbit by the end of 2021.

The WISA Woodsatt will have its first taste of space conditions on 12 June from the Finnish Science Center Heureka at 13:00, when a weather balloon will carry the satellite prototype to a stratospheric altitude of about 30 kilometres, said the UPM Plywood in a press release.

The stratospheric flight will test the communication, commanding and the boom camera of the satellite.

“Conditions in the test flight altitude are already quite like in orbit. The air is very thin, the sky is almost black, and the Sun is beating down on the satellite with intense radiation. If all goes as planned, we'll have continuous contact with the satellite, so we can follow the flight and the pictures of upper atmosphere taken by the satellite. The prototype will come down after reacting the maximum altitude under a parachute, and we can fetch it to Heureka already in the afternoon if we are lucky” said WISA Woodsat mission manager Jari Mäkinen .

The stratospheric flight will be done by Arctic Astronautics, in collaboration with UPM Plywood and Huld has developed the Wisa Woodsat.

The flight will be coordinated by Helsinki-Vantaa airport (EFHK) air traffic control. This stratospheric flight is one of the steps in a test programme paving the way for launching a flight model of the Wisa Woodsat to space before the end of 2021. The world’s first wooden satellite will be launched to earth’s orbit with a Rocket Lab rocket from New Zealand.

Wisa Woodsat mission was made public in mid-April, and the prototype of the satellite was presented to the media in early May.

It will gather data on the behaviour and usability of the wood materials – especially WISA-Birch plywood – in spacecraft primary structure, and also test satellite communication technologies, validate a new nanosatellite platform, and popularize space technology.

The next important milestone in this space mission will be met in early July, when an identical duplicate of the actual space faring wooden satellite will be taken to the European Space Research and Technology Centre (ESTEC) in the Netherlands.

The simulators and shakers of ESTEC can mimic the conditions of a rocket ride and space to a very high degree.