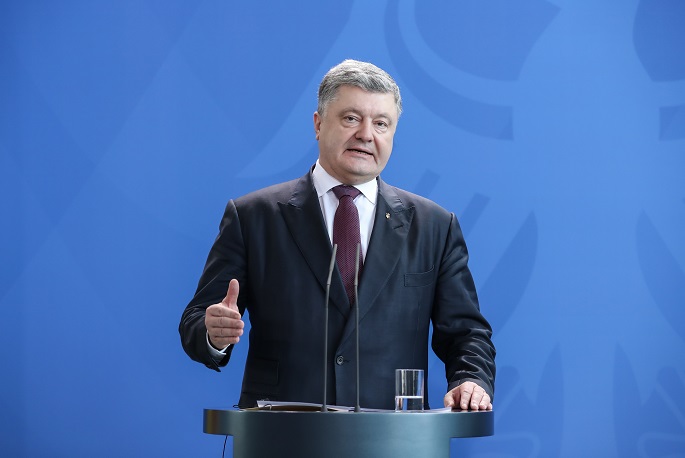 Ukrainian President Petro Poroshenko on Monday submitted to parliament a draft law on adding into the constitution Ukraine's aspirations to join the North Atlantic Treaty Organization (NATO) and the European Union (EU), a senior official said.

Iryna Lutsenko, the Ukrainian president's representative in the parliament, said on Facebook that the draft law envisages amending the constitution's preamble, three articles, and transitional provisions.

Earlier this year, Poroshenko said that in the near future he will submit to the parliament draft amendments to the constitution, which define the membership in the EU and NATO as Ukraine's strategic goals.

In 2014, when pro-West authorities came to power in Ukraine, Kiev abandoned its multilateral policy and set a course toward European integration. Furthermore, the parliament revoked Ukraine's non-aligned status, paving the way for its membership in military blocs.

Over the past four years, Ukraine has strengthened cooperation with the EU and increased interactions with NATO, but neither organization has promised Kiev near-term membership prospects.

Legislation can be enshrined in the Ukrainian Constitution with the support of at least 300 lawmakers in the 450-seat parliament.