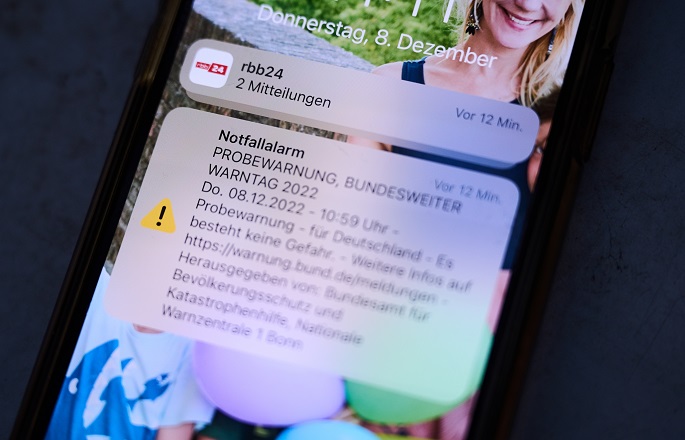 A test alarm made mobile phones across Germany ring at 11:00 am (1000 GMT) on Thursday as disaster management authorities tested a new warning system.

The warning test was organized by the Federal Office of Civil Protection and Disaster Assistance (BBK), with the aim being to figure out how many people a danger warning would reach in a genuine emergency.

Setting up such a system became a priority after the devastating floods in July last year in western Germany, and investigations into why people were not aware of the imminent danger.

The warning message was disseminated on various channels, such as radio and television, via warning apps like Nina or Katwarn, and on city information boards.

Warnings were also issued via loudspeaker vans, the information systems of the train service Deutsche Bahn and, for the first time, to mobile phones.

An automatic notification was meant to have popped up on every mobile phone that was switched on at the time, had reception and was running the latest software.

As this was only a test, the people who received the warning did not have to do anything. The warning was later lifted.