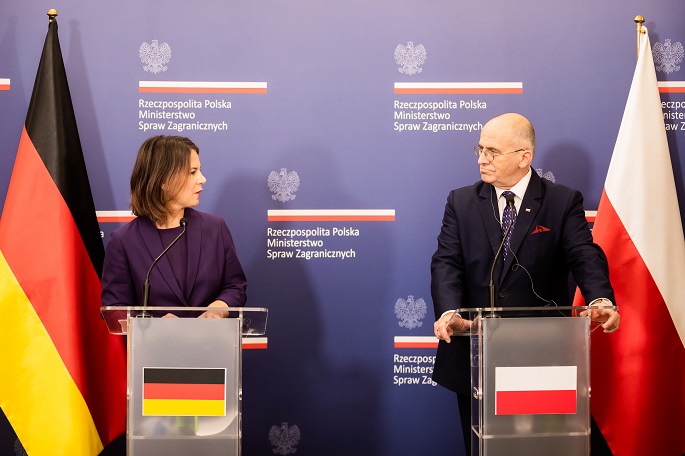 Polish demands for trillions in World War II reparations for damages are a non-starter, said German Foreign Minister Annalena Baerbock during a visit to Warsaw on Tuesday, reported dpa.

The question of reparations is closed, as far as the German government is concerned, the Green Party politician said on Tuesday, following consultations with her Polish counterpart, Zbigniew Rau.

Still, "Germany stands by its historical responsibility without any ifs and buts," Baerbock said. "It remains our eternal task to remember the millionfold suffering German inflicted on Poland."

The brutality of an "inhumane campaign of oppression, of Germanization, of pure annihilation" caused a "completely different pain in Poland than in other places," the minister said.

"We must remind ourselves of this repeatedly, especially in Germany," Baerbock continued, saying that Germany and Poland "must continue to work together."

Rau stressed the joint responsibility of Poland and Germany towards past, present and future generations, saying he is "convinced that the German government's position on this issue will evolve through dialogue."

Nobody can point to a moral or legal system "in which the perpetrator of a crime was empowered to independently and solely determine both the extent of their guilt and the extent and duration of their responsibility," the Polish foreign minister said.