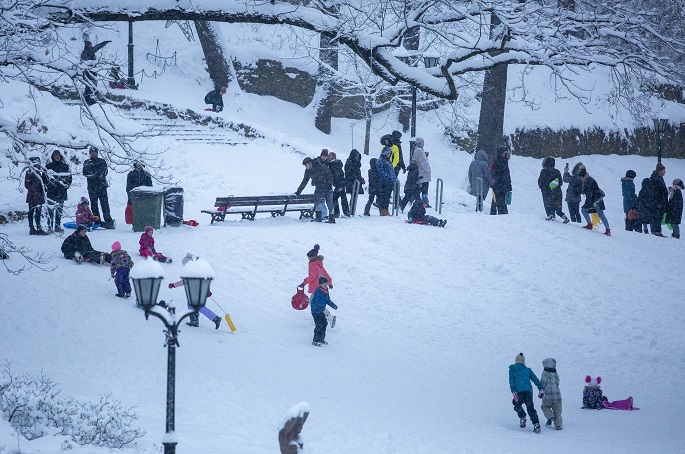 Riga, the capital of Latvia, was battered by gale-force winds on Friday during the strongest storm that hit the city in 14 years, the Baltic country's meteorological service said, reported Xinhua.

According to the Latvian Environment, Geology and Meteorology Center, the speed of wind gusts in the city center reached 25.3 meters per second in the morning. The city last saw a comparable storm on Feb. 23, 2008, when the wind speed reached 27.5 meters per second.

The northwesterly wind wreaked havoc in the city center, breaking tree branches and ripping the roof off one of the pavilions of Riga Central Market, the State Fire and Rescue Service said. Hundreds were evacuated but no injuries were reported.

The storm disrupted power supply to some 4,000 households, mainly in the central and southern parts of the country, the national power grid operator Sadales Tikls said.