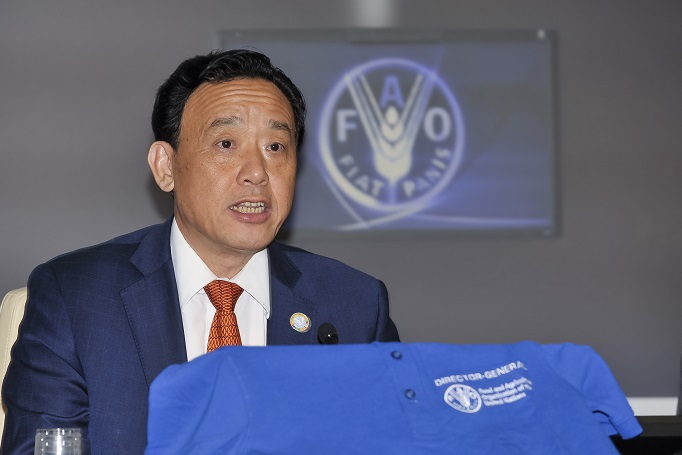 To promote tea consumption among the world's population, the Rome-based UN Food and Agriculture Organization (FAO) has spearheaded the effort to mark May 21 as the International Tea Day that falls on Thursday for the first time.

FAO said that the day was organized in part because of the health benefits of tea, which is believed to have anti-inflammatory and antioxidant properties, and also as a way to strengthen the economies of the main tea-producing countries, which are clustered in Asia and Africa.

Qu said, "this day is a proof that the United Nations recognizes the importance of tea", adding that the economic benefits of tea as a crop were important. "Most tea is grown in poor areas, often mountainous areas that need the economic development that comes from tea."

Calling the day's activities a "celebration of life," Qu called on the world to "celebrate tea and tea farmers and producers around the world."

In a series of statements FAO furthered Qu's remarks. "International Tea Day is an opportunity to celebrate the cultural heritage, health benefits, and economic importance of tea, while working to make its production sustainable from the fields where it is grown to individual teacups, ensuring its benefits for people, cultures, and the environment," FAO said in a statement.

FAO further explained: "The tea industry is the main source of income and export revenues for some of the poorest countries and, as a labor-intensive sector, provides jobs, especially in remote and economically disadvantaged areas," it said. "Tea can play a significant role in rural development, poverty reduction, and food security in developing countries, being one of the most important cash crops."

Marco Bertona, president of the Italian Tea & Infusions Association -- one of the main organizations that lobbied the United Nations and FAO to celebrate International Tea Day -- said the double goal of improving health outcomes and aiding farmers in developing countries is an important combination.

"Tea is a healthy drink and it improves the quality of life for the people who drink it. And encouraging its use helps the economic prospects for tea farmers in poor and developing countries," Bertona told Xinhua. "Promoting the use of tea spreads benefits."

According to the statement from FAO, the origins of tea date back more than 5,000 years ago, in what is now southwest China, northern Myanmar, and northeastern India. Today, it is grown in more than 35 countries and more than 13 million people depend on tea in some way for their livelihoods.

According to FAO, International Tea Day addresses several of those points, including fighting poverty and hunger, empowering women, and sustainable development.