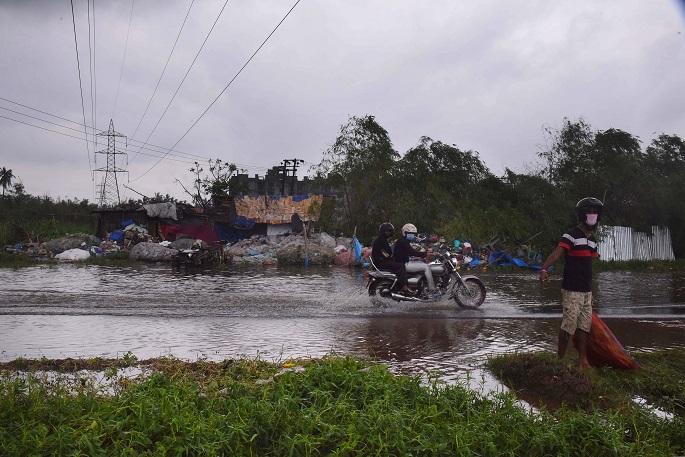 Chief Minister of India's eastern state of West Bengal, Mamata Banerjee, said on Thursday that 72 people were killed in her state due to the severe cyclonic storm Amphan.

"Seventy-two people were killed because of the cyclone here yesterday," Banerjee told a press briefing. "The damage caused by Amphan is more than the coronavirus pandemic. I would request Prime Minister Narendra Modi to come and visit cyclone Amphan-affected areas."

"There have been casualties. I announce a compensation of 3,310 U.S. dollars (INR 250,000 to each family that lost a member in the cyclone," she said.

Officials are yet to decide on the losses the state has suffered in the cyclone. However, Banerjee put the damages at around 13.20 billion U.S. dollars in the affected parts of state.

Earlier Modi said he would leave no stone unturned to help those affected by cyclonic storm Amphan in West Bengal and Odisha.

"Have been seeing visuals from West Bengal on the devastation caused by cyclone Amphan. In this challenging hour, the entire nation stands in solidarity with West Bengal," Modi said in a brief statement posted on social media. "Authorities are working on the ground to ensure all possible assistance to those affected."

Reports said the cyclone has also killed five in the neighboring state of Odisha.

The deaths, according to officials in the two states, have been caused due to falling of trees, electric poles, failing structures and house collapses.