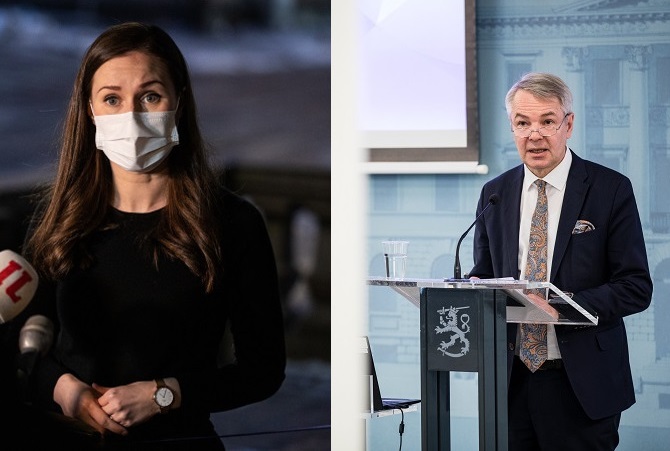 Prime Minister Sanna Marin and Foreign Minister PekkaHaavisto on Tuesday said the prison sentence of Russian opposition leader Alexei Navalny was unacceptable and against the sense of justice.

A Moscow court on Tuesday sentenced Navalny to 3.5 years of imprisonment.

“Navalny’s prison sentence is unacceptable and goes against sense of justice. The European Court of Human Rights has ruled Navalny’s original conviction as arbitrary and unreasonable,” wrote Haavisto in his Twitter post late Tuesday night.

Navalny was detained upon his arrival in Moscow on 17 January from Germany, where he received medical treatment for alleged poisoning over the past months.

Russia's Federal Penitentiary Service said its officers detained Navalny at Sheremetyevo International Airport for his “systematic violations of the conditions of the probationary period.”

The opposition figure on probation was put on a wanted list on 29 December 2020 and he will remain in detention until a court ruling, said the service.

Putin critic Alexei Navalny was discharged from the Charité Hospital in Berlin in late September, 2020 where he was being treated for Novichok nerve agent poisoning.

He was taken there from Siberia for treatment on 23 August.

Traces of the nerve agent allegedly used to poison Russian politician Alexei Navalny were found in a bottle in the hotel room where he stayed before falling ill.

Earlier, on 21 August, Finnish President Sauli Niinistö held separate telephone conversations with his Russian counterpart Vladimir Putin and German Chancellor Angela Merkel and discussed various issues including the incident of Alexei Navalny and the question of organising his healthcare.

After one day, Navalny’s medical evacuation flight – paid for by the German non-governmental organisation Cinema for Peace – landed at Tegel airport in Berlin.