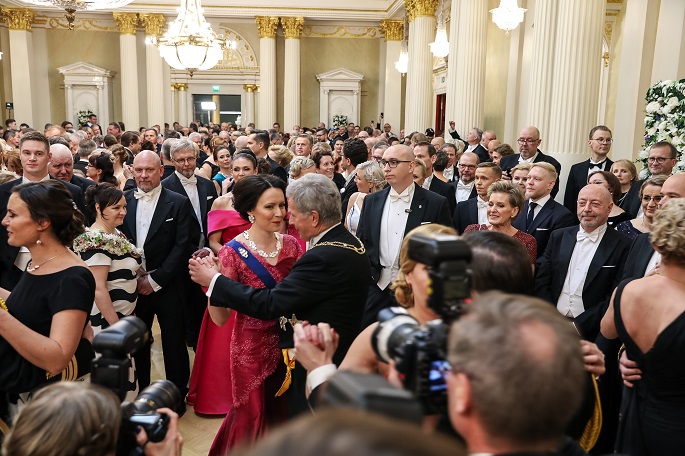 The nation celebrated the country’s independence on Friday amidst festivity and joy and showing due respect to the war veterans almost peacefully as there were a few sporadic demonstrations.

The main celebration took place at the presidential palace in the traditional way where President Sauli Niinistö and First Lady Jenni Haukio accorded reception to hundreds of guests including senior citizens, professionals, cultural activists, diplomats and people from different strata of the society.

About 1,700 guests were invited to the celebrations which also commemorated Finnish cultural markers for many years.

Meanwhile, different groups including extremist far-right, the neo-Nazi Soldiers of Odin, and anti-extremists held separate demonstrations in the evening during the celebration.

Police detained at least five people on charge of disturbing the peace during Independence Day marches.

They were carrying illicit items, such as torches, national broadcaster Yle reported, quoting a twitter post of police.

Meanwhile, the Finnish Defence Forces took part in an exercise marking the day.

Hundreds of people, dozens of vehicles and some aircraft took part in the Defence Forces’ Independence Day parade.