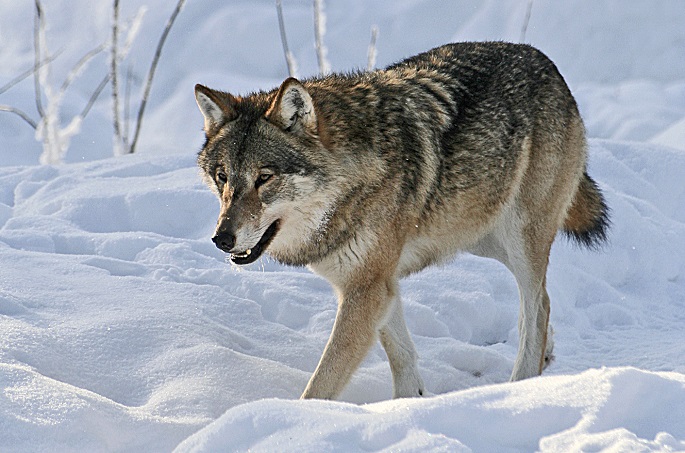 There were a total of nineteen wolf packs that moved only or mostly in Finland, according to the Natural Resources Institute Finland (Luke).

Furthermore, there were five packs moving on both sides of the border between Finland and Russia (the “border packs”). There were clearly more territories inhabited by two wolves than the year before.

For the first time, the Natural Resources Institute Finland (Luke) created in connection with the publication of the population estimate a forecast describing expected seasonal variation of the wolf population in the next twelve months.

The wolf population will grow after March 2019, as pups are born in April and May, but then the population will start to decrease due to the mortality rate. According to the forecast model, the probability of which is 90%, there will be 17–37 packs in 2020.