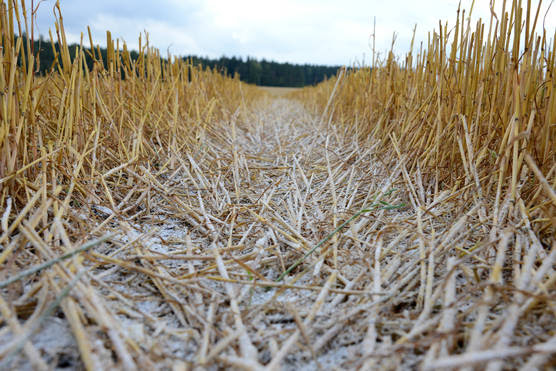 The environment ministry is stepping up the protection of Baltic Sea by launching a research project on the gypsum treatment of fields.

The project aims at promoting the use of gypsum to treat fields in the countries around the Baltic Sea to reduce nutrient leaching from agriculture and improve the water quality in the sea, said a government press release.

The research project will produce information on the readiness of farmers in different countries to start using gypsum in their fields, the potential surface areas used for gypsum spreading, the operating methods and the logistics of large-scale gypsum use in fields.

The project aims to produce a plan for a gypsum pilot in one country on the Baltic Sea coast and to determine a suitable funding instrument.

The project will increase cooperation between the operators engaged in environmental protection in the agricultural sector and disseminate information on the protection of the Baltic Sea in the countries located around it.

The project will create preconditions for including gypsum in HELCOM’s revised action plan for the protection of the Baltic Sea and in the nutrient recycling strategy for the Baltic Sea region.

Gypsum treatment of fields is a promising way to reduce the phosphorus load generated by agriculture. The impact of gypsum on soil’s ability to absorb phosphorus and to restrict phosphorus leaching into water bodies has been studied in Finland for about ten years.

Most recently, this was done as part of the joint SAVE project of the University of Helsinki and the Finnish Environment Institute, in which gypsum treatment of agricultural fields was piloted on a large scale in the Archipelago Sea catchment area between 2016 and 2018. According to the studies, gypsum reduced the total phosphorus load by about 50 per cent. Gypsum is the most effective known method for quickly reducing the leaching of phosphorus from fields. It also significantly reduced the leaching of organic carbon.

Gypsum treatment presents an important opportunity when it comes to the protection of the Baltic Sea. Researchers estimate that by applying gypsum to fields, Finland could reduce the phosphorus load ending up in the Baltic Sea by 300 tonnes a year.

Furthermore, if gypsum were also introduced in the other coastal countries around the Baltic Sea, the impact on the condition of the sea would be even more considerable. The use of gypsum as a water protection method in agriculture would be an important contribution to achieving the objectives of HELCOM’s Baltic Sea Action Programme (BSAP).