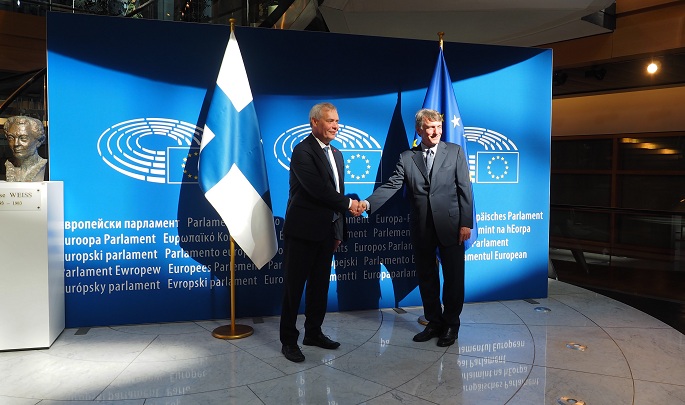 Key elements of Finland’s presidency of the Council of the EU are a high level of ambition, a positive and pragmatic approach, close cooperation with various institutions, and strengthening the common values, said a government statement.

Prime Minister Antti Rinne spoke about Finland’s approach, priorities and objectives at the plenary meeting of the European Parliament in Strasbourg on Wednesday 17 July.

“The future of the EU should be socially, economically and ecologically sustainable. The slogan for our presidency neatly states this goal: Sustainable Europe – Sustainable Future,” Rinne said.

Prime Minister Rinne stressed the strong and global role that the EU should adopt in climate action.

He said: “For the European Union, leadership means committing to climate neutrality by 2050. Our aim is to reach agreement on the main elements of this plan by the end of 2019. We need to boost employment with the help of the bioeconomy and circular economy, for example. This is how we can make the EU the world’s most competitive and socially inclusive low-carbon economy.”

Rinne also highlighted the need to protect the security of EU citizens in a comprehensive way and to strengthen the common values and rule of law.

“Human rights, freedom, democracy, equality and the rule of law are all values that EU countries commit to as part of their membership. These values belong together. They are the cornerstones of all EU action. But they are not just values, they are a European reality. Because of these values, European societies are safer and more secure, more stable and more prosperous than anywhere else in the world,” the prime minister said.

During Finland’s presidency of the Council of the EU, Minister for European Affairs Tuppurainen will act as the main representative of the council at the European Parliament. At the parliament’s plenary session on Wednesday, she gave two speeches -- ­one about the humanitarian crisis in the Mediterranean region and the other concerning clean air in the cities of Europe.