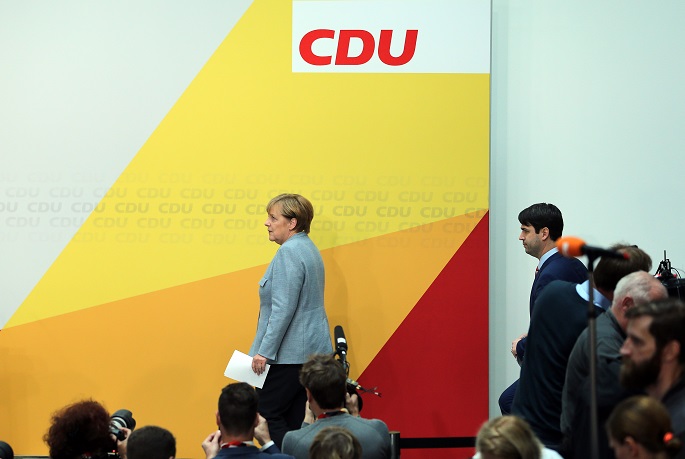 German media on Monday expressed skepticism over the resolution of differences between the Christian Democratic Union (CDU) and Christian Social Union (CSU) on asylum policy would pave the way for a widely-anticipated "Jamaica" coalition.

CDU leader Angela Merkel and CSU leader Horst Seehofer reached a compromise on Sunday night to keep the number of net arrivals of humanitarian migrants each year in Germany to 200,000, without setting a fixed annual limit on the number of new asylum seekers as previously demanded by the CSU.

A joint statement on the measures agreed avoids the terms "limit" or "cap." However, it endorses a continued guarantee of refugees' rights under the United Nations Human Rights Convention.

Nonetheless, newspaper Tagesspiegel described the shared stance embraced by the CDU and CSU as a "largely formulaic compromise" which served primarily as a "face saving exercise" for both parties. Daily newspaper Frankfurter Allgemeine Zeitung went as far as to say the actual numbers of illegal immigrants had to be "almost zero" or close to the level when "none had to think about an upper limit" to make this deal work.

Echoing similar concerns, Michael Broening, policy expert at the think-tank Friedrich Ebert Stiftung (FES), told Xinhua on Monday that the CDU/CSU compromise on asylum seekers was the "first, but certainly not the last" step towards the establishment of a "Jamaica" coalition. He argued that the two parties had essentially agreed on a "de-facto" refugee limit in everything but name, setting them on a confrontation course with the Greens.

Among others, the CDU and CSU further vowed to work towards creating a new legal framework for migration in a prospective "Jamaica" coalition government. The policy package also includes a commitment by both parties to establish centers to detain refugees and decide on their asylum status, as well maintain national border controls until the European Union's external borders were enforced more effectively.

CSU secretary general Andreas Scheuer described the outcome as a "good day for the CDU/CSU and a good day for Germany." The magazine Focus however, criticized the CDU and CSU for failing to have reached a compromise ahead of federal elections on Sept. 24, arguing that both parties could have "reduced insecurity" amongst its voter base in this fashion and hence prevented heavy electoral losses.

The CSU's earlier insistence on a fixed annual cap of 200,000 refugee arrivals was widely seen as a major potential stumbling block to the successful formation of a governing coalition with the CDU, Free Democratic Party (FDP) and Greens (Gruene).

Speaking on Monday, Merkel consequently called the compromise with its CSU sister party "a solid foundation" which would enable negotiations between the CDU, CSU, FDP and Greens to begin. The chancellor promptly proceeded to invite the FDP, and Greens to attend formal coalition talks as early as next week.

Greens leader Cem Oezdemir told press that a "Jamaica" coalition stance would "ultimately lie elsewhere," raising doubts over whether the CDU/CSU compromise was sufficient to clear the remaining obstacles left to form a new German government.

While the Greens refused to rule out their participation in a "Jamaica" coalition on account of Sunday's development, the magazine Spiegel warned that the purported resolution of the CDU's and CSU's longstanding spat over asylum policy still left "fundamental questions unsolved" for other potential governing parties.

Comparisons with other European countries such as the Netherlands showed that the devil lay in the detail and that coalition talks could still be de-railed by the Green party's stance on migration policy.

FES policy expert Broening warned that only official talks from next Wednesday onwards would show whether the agreement between the CDU and CSU provided a foundation upon which a "Jamaica" coalition government could be erected.