UK still in Brexit limbo, but some see silver lining 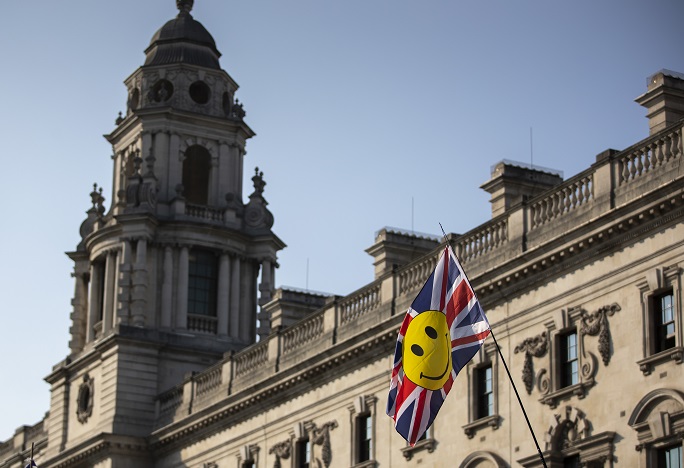 A flag is seen during a protest outside the Houses of Parliament in London, Britain, on March 29, 2019.File Photo Xinhua.

Uncertainties will continue to plague businesses as the outcome of the EU-UK divorce has yet to crystallize before the next scheduled Brexit day on April 12, experts have warned, but some struck a more hopeful tone.

1 TLN POUNDS OF ASSETS ON MOVE

Britain is now scheduled to leave the EU on April 12 after a delay from March 29 to avoid a no-deal Brexit. The bloc had earlier said that Britain can only win a further extension if a Brexit deal can be supported by its Parliament before April 12. Otherwise, the country will leave the EU with no deal on that day.

But now the new departure date may be revoked again. British Prime Minister Theresa May wrote to the European Union on Friday proposing a further extension till June 30, while the EU is reportedly proposing a one-year extension. Any change will have to be agreed by the leaders of all EU members, whose next meeting will be on Wednesday.

Abhinay Muthoo, professor of economics at the University of Warwick, told Xinhua: "The huge uncertainty caused by Brexit has adversely impacted on the UK economy, many businesses and people, from across the UK. It is difficult for them to plan for the future, or make the investment decisions in the current environment."

"Our clients are still preparing for a no-deal Brexit, it is still an option they think likely to happen. ... So what we know now is we have contingency plans both in the UK and in the other 27 EU countries for the companies that trade between the UK and EU," said Aline Doussin, trade law expert at Hogan Lovells, an international law firm.

According to the latest report by consultants EY, financial services companies are transferring assets worth around 1 trillion British pounds (1.3 trillion U.S. dollars) and relocating 7,000 jobs from London to other European cities.

"Continued uncertainty will undoubtedly lead to more assets and people being transferred from the UK and not necessarily to the EU," said Omar Ali, UK financial services leader at EY.

Britain's economy has been sluggish since the Brexit referendum in 2016, with growth at 1.4 percent only in 2018, the weakest since 2012. The Organization for Economic Co-operation and Development (OECD) has warned that even with a smooth Brexit, growth in the UK would slump to 0.8 percent in 2019 and uncertainty over Brexit would hit businesses and impact economic growth.

IHS Markit research also showed unsatisfactory economic performance both in Britain and in the eurozone. The UK Services Purchasing Managers' Index (PMI) fell to 48.9 in March, below the benchmark of 50 that indicated contraction of the largest economic sector. Meanwhile, for the eurozone, manufacturing PMI declined for an eighth month to 47.5 in March, its lowest reading since April 2013.

Iain Begg, a professorial research fellow at the European Institute, London School of Economics and Political Science, told Xinhua: "With no clear path in sight to break the Brexit logjam, there is no easy answer to predicting the impact on the economies of the UK, the EU and the world at large."

"If the outcome is a no-deal Brexit, it could mean a sharp shock for the UK and a shallow recession. For the EU, a no-deal Brexit would also have negative repercussions, while for the global economy it would be seen as a downside risk at a time when various other risks are already a cause for concern," Begg said.

Aline Doussin predicted trade would be difficult between the UK and EU in case of a no-deal Brexit.

"A no-deal Brexit would affect manufacturers of cars and planes, medicines and consumer goods, as well as financial services. The UK is fundamentally a services economy, and the impact of leaving the EU would be felt very strongly there," she said.

Though customs authorities in the UK, France, Belgium and the Netherlands have been preparing for a no-deal scenario, it remains unknown whether these legal measures will be necessary and sufficient to maintain frictionless trade, she said.

Despite predicting dire consequences for the UK crashing out of the EU, Iain Begg regarded a no-deal Brexit as "very unlikely" despite the imminent April 12 deadline.

For Begg, the current situation means a further delay is more likely before some sort of deal is eventually reached by the House of Commons. He said the best news for the economy at all three levels -- the UK, EU and global -- would be if Britain reached a rapid conclusion in favor of either a softer Brexit or canceling Brexit altogether.

Patrick Minford, a professor from Cardiff University who supports Brexit, told Xinhua it was time to dial down the Brexit hysteria.

"The thing to remember is that, regardless of Brexit, the UK economy is in good shape, with public finances now close to zero borrowing and unemployment at its all-time low," he said.

Minford believed that the Brexit negotiations will leave the status quo pretty undisturbed in the short term and pave the way for a new relationship with the EU in the long term.

In a recent report on Brexit, the Liverpool Research Group in Macroeconomics said the UK can rapidly sign free trade agreements, especially with the U.S., to bring forward gains from Brexit.

However, Aline Doussin noted the UK has yet to reach trade arrangements with large economies like Canada, Japan, the Republic of Korea, the U.S. and China, despite replicating some EU trade deals it has benefited from as an EU member into bilateral ones.

Britain has so far signed continuity agreements with Switzerland, Chile, Iceland, Norway, the Caribbean countries and others. These agreements will take effect immediately after a no-deal Brexit or when the transition period ends in case of a smooth Brexit to allow businesses to continue trading freely.

The Lord Mayor of the City of London, Peter Estlin, also played down the impact of Brexit on the financial services industry in Britain.

"Financial services in the UK employ 2.2 million people and we're talking about thousands of people, 7,000 maybe 10,000 people, being relocated. So it is a very, very small percentage," Estlin said. 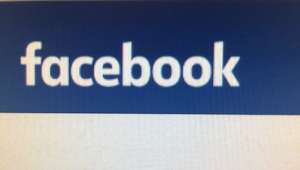 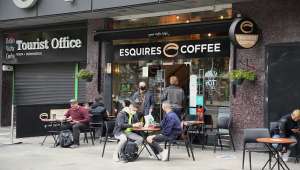 Ireland under nationwide lockdown again due to resurgence of COVID-19 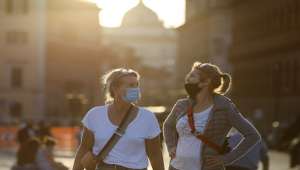 One-third of Italians under curfew amid coronavirus spike 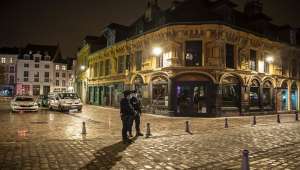 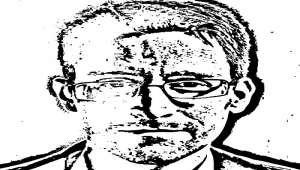 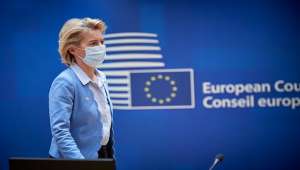