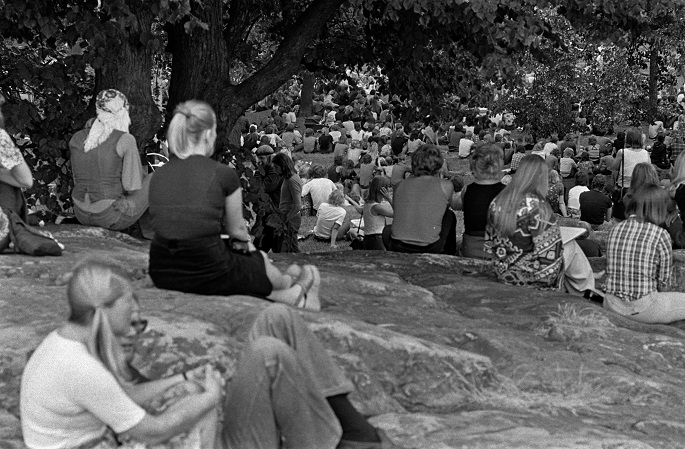 Kalevala Day will be celebrated in Rovaniemi as elsewhere in Finland on February 28, commemorating the publication of the Kalevala, one of the seminal works of the Finnish literature.

First published in 1835, the Kalevala is a work of epic poetry based on a collection of traditional folklore from the oral tradition. It was compiled by Elias Lönnrot, who traveled across wide expanses of the Finnish territory, collecting the stories, poems and myths of people living there.

In the spirit of Kalevala Day, Daily Finland spoke to some immigrant residents of Rovaniemi to know how they see Finnish culture and the Finnish people in today’s world.

For many outsiders, Finnish people seem cold and reserved and the culture closed off and difficult to penetrate. For those willing to make the efforts, the Finnish culture has a great deal to offer.

Edward Mace, from Wales, has been able to become part of a close group of friends, saying, “I have many Finnish friends and most of them have come from being social. The friend circles are closed off but there are many opportunities to become part of the circles. It is difficult but can be done to make some close friends.”

He said that groups of friends are incredibly close and very loyal. “Finnish social circles are very close and this is one of the reasons it is hard to become part of one. I have one main social circle of Finnish people and I have been adopted into their life. It is hard to escape it and in all honesty, I don’t want to. It is comfortable and humbling to see that these people have let me come under their wing and will not let me go. I guess I have a new family now.”

Xi Momo, from China, said that she employs a strategy of “luring them in with food” to help close the space between her and her Finnish friends whom she describes as quite shy.

Socializing with Finns is a rewarding experience, but requires some adaptation. David Salazar, a Spanish soccer player who plays for a First Division futsal team in Finland, said, “It’s true that it’s hard when you come from such a warm blooded country as Spain and you need to adapt yourself to the Finnish atmosphere… Sometimes, I notice that they can feel uncomfortable if I try to socialize/interact and it is not an ‘appropriate’ situation.”

Mace iterated the point saying that his culture is close and loud. “Don't touch the Finnish person when they aren’t expecting it. You’ll scare them.”

Finnish culture emphasizes individuality, freedom and the importance of personal space. Other values include respect and a hard work ethic.

Xi describes this individualism as a major culture shock when she first arrived in Finland, expressing frustration as this can at times be felt as coldness. However, she said that after some time, she has learned to see the positive side to this, saying that she has developed an appreciation for the concept of personal space which does not exist in China.

Mace, who came to Finland to study in a Finnish University, said that he too was initially surprised by this freedom, saying that he expected his course to be highly regimented, but instead, he was excited to discover that he was allowed to create his own educational path and study outside his field if he so desired.

Salazar explained that the attitudes and behaviors of his teammates in Finland have helped him to understand and appreciate the Finnish culture saying, “People are much more respectful, quiet, polite, etc. Although the level is not as high as it is in my country, I find a really great spirit of improving and that everyone is always making the most each time. As for games, there are less fights, arguments and lack of interest than I used to see in my country while I was playing there. I really enjoy the peace that you can find here even in such a competitive sport like football.”

Finland has come a long way since the Kalevala was first published 184 years ago and the stories of the three respondents show that the spirit of the Finnish people remains strong and that the legacy of the Finnish culture continues to be appreciated.