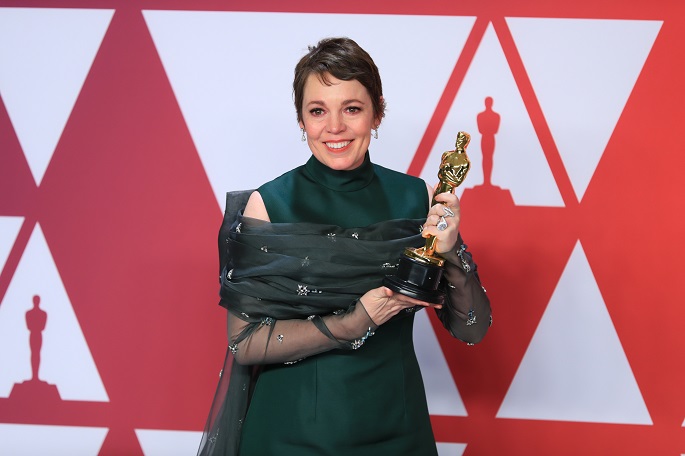 Olivia Colman claimed Best Actress for "The Favourite" at the 91st Academy Awards ceremony, or the Oscars, held at the Dolby Theatre in Los Angeles on Sunday night.

Set in early 18th-century England, the black comedy drama examines the relationship between two cousins vying to be court favorites of Queen Anne.

Colman, who played Queen Anne, snatched a surprise win over front-runner Glenn Close, who dominated trophies throughout the award season and was favored by many to win for "The Wife." Close, 72, holds the record as the actress with the most nominations without winning. She has had seven Oscar nominations and losses.

Colman also outshone other competitors including Yalitza Aparicio for "Roma," Lady Gaga for "A Star Is Born" and Melissa McCarthy for "Can You Ever Forgive Me?"

In her emotional speech, Colman said the experience of winning was "genuinely quite stressful."

"This is hilarious. I've got an Oscar," she said, bursting into tears.

It caps an extraordinary awards run for the 45-year-old, who took Best Actress in a Comedy or Musical at the Golden Globes in January, and Best Actress at the British Academy of Film and Television Arts in February, as well as a slew of smaller awards.