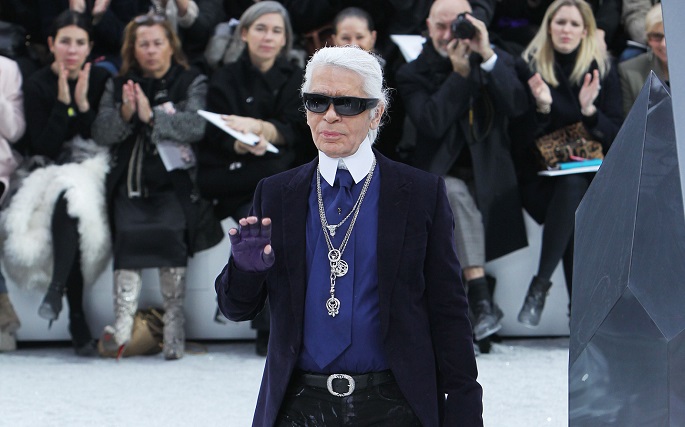 "It is with deep sadness that the House of Chanel announces the passing of Karl Lagerfeld, (its) creative director since 1983," it said in a statement.

The fashion house also "offers his family, relatives and friends its deepest condolences."

France's main haute-couture house mourned "a prolific creative mind with endless imagination, (who) explored many artistic horizons, including photography and short films... One cannot refer to Karl Lagerfeld without mentioning his innate sense of repartee and self-mockery," it said.

"Thanks to his creative genius, generosity and exceptional intuition, Karl Lagerfeld was ahead of his time, which widely contributed to the House of Chanel's success throughout the world," said Alain Wertheimer, chanel CEO.

"Today, not only have I lost a friend, but we have all lost an extraordinary creative mind to whom I gave carte blanche in the early 1980s to reinvent the brand," he added.

The "extraordinary creative individual" had reinvented, the brand's codes from the chanel jacket and suit, the little black dress to its the precious tweeds, the two-tone shoes and quilted handbags.

Paying tribute to the icon of fashion industry, Benjamin Griveaux, government spokesman, tweeted one of Lagerfeld's comment: "the most important thing to know about me is that everything others say is not necessarily the truth."

"France and Paris owes him so much," Griveaux added.

Known for his suits, pony-tailed white hair and sunglasses, the designer suffered health complication in January. He was hospitalized on Feb. 18 in the American Hospital in Paris suburbs where he died.