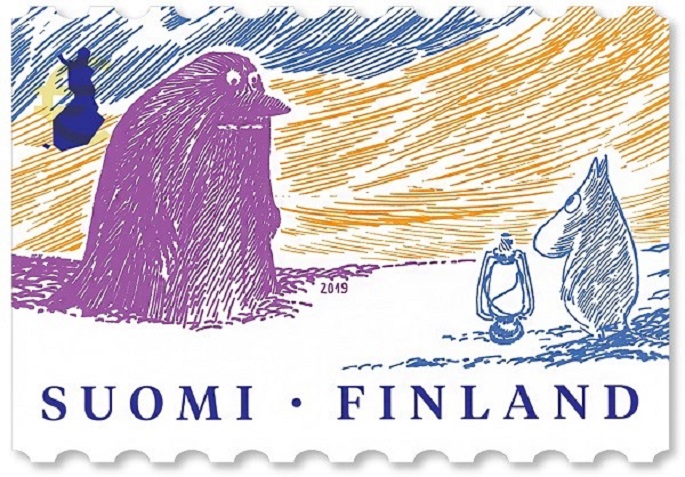 The Moomins, who are currently charming viewers all over the world as a new animated series, have been a favorite subject of Finnish stamps for years. The events and colors of the new stamps, which will be issued on June 5, come from the original Moomin books.

The graphic design of the stamps was done by James Zambra, in whose life Moomins have played a big role since childhood, as he is a member of the Jansson family and a relative of Tove Jansson, the creator of the Moomins.

“The Moomin stories are full of adventure, exciting events, friendship and consolation. The values that the stories emphasize—such as tolerance, courage, friendship, love and respect for nature—are close to my heart and feel very current today. The stories contain plenty of advice for living a good life,” said James Zambra.

Stiina Hovi’s popular roll of stamps series presenting Finland’s nature symbols will also receive its second and last installment in June. On the five new stamps, granite will represent rocks and the silver birch will represent plants, while the Finnhorse, European perch and holly blue will stand for the animal kingdom.

In June, three new stamps will be added to the national urban park stamp series designed by Timo Mänttäri. The new stamps will feature summery park views from Forssa, Heinola and Kuopio. The series that is now coming to an end is a collection presenting all nine national urban parks in Finland. The parks preserve both urban nature and built environments as a large and comprehensive whole.