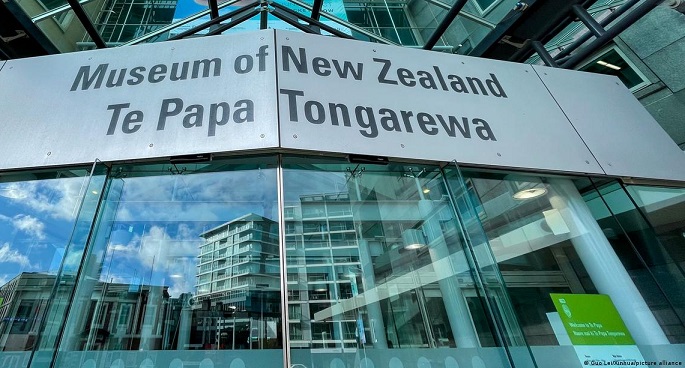 The remains of around 64 Indigenous people from New Zealand that were kept for more than 130 years in a Vienna museum returned to their native country on Sunday, with an Indigenous official saying the dead were "weeping with joy" to be home, reported DW, quoting news agencies AFP and Reuters.

The remains, including skulls without mandibles, craniums, loose mandibles and maxilla fragments, are those of Maori and Moriori people and were largely collected by Austrian taxidermist and grave robber Andreas Reischek from 1877 to 1889.

The issue of repatriating historical remains and artifacts rightfully belonging to countries invaded, exploited, or colonized in the past by other nations has gained increasing prominence in past years.

Long negotiations The return, marked by a ceremony at New Zealand's national museum, Te Papa, in Wellington, comes after more than 70 years of negotiations.

Te Papa itself has run a program to repatriate skeletal remains from overseas institutions since 2003, succeeding in retrieving more than 600 remains in that time.

The remains will now remain at Te Papa until New Zealand tribes, or "iwi," decide on a final resting place.

William "Pou" Temara, chairman of Te Papa's Repatriation Advisory Panel, said it was "a spiritual relief and privilege to welcome back our ancestors who have been victims of such wrongdoing."

"Culturally, we know that they are weeping with joy now that they have returned to Aotearoa (New Zealand) where at last they will rest in peace," he added.

Te Papa's acting head of repatriation, Te Arikirangi Mamaku-Ironside, praised colleagues in Austria for helping to bring to an end 77 years of negotiations between the countries.

"The Natural History Museum Vienna has made a profound commitment to right the wrongs of the past, and approached this work with a spirit of openness and reconciliation," he said.

How did the remains get to Austria? The skulls and other bones were mostly seized by Reischek, who spent 12 years in New Zealand up to 1889. He died in 1902.

His diaries document how he looted graves without permission from several locations, including the Chatham Islands, an archipelago about 800 kilometers (430 nautical miles) east of the country's South Island that is administered as part of New Zealand.

On his return to Austria, he brought with him a collection of more than 14,000 items, including ornithological specimens, that was eventually given to the Natural History Museum in Vienna.