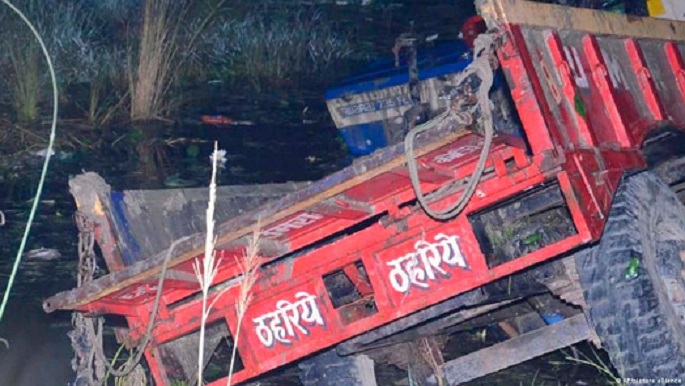 The incident occurred in the city of Kanpur in the northern state of Uttar Pradesh on Saturday night.

Local media reports said the tractor, which was packed with nearly 50 pilgrims, was returning from a ceremony at a nearby local Hindu temple.

Most of those killed in the accident were women and children.

"Distressed by the tractor-trolley mishap took place in Kanpur. My thoughts are with all those who have lost their near and dear ones and prayers with the injured," he said in a tweet.

People being transported on tractor-trailers is a common occurrence, mainly in rural India and on often poorly maintained roads where there is little regard for traffic and safety regulations.

The state government appealed that a tractor-trolley — a type of vehicle with a farm tractor pulling a wagon — should only be used for the purposes of agricultural works and freight transportation and not for transporting people, The Hindu newspaper reported.