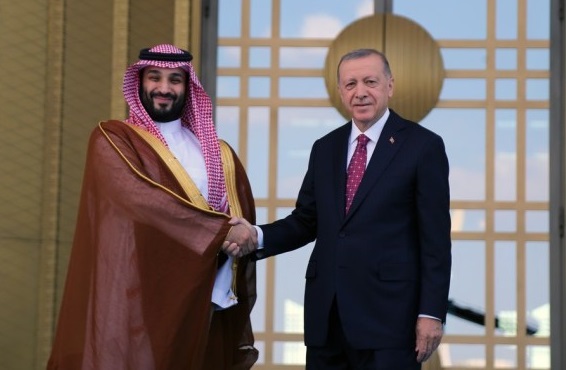 Turkish President Recep Tayyip Erdogan greeted the crown prince with a grand welcoming ceremony, which was followed by a private meeting between the two leaders.

Turkey is the third stop of Crown Prince Mohammed bin Salman's regional tour, which also brought him to Egypt and Jordan.

Khashoggi, a Saudi columnist for The Washington Post, was murdered inside the Saudi consulate in Istanbul in October 2018, causing international backlashes against the crown prince, and plunging the bilateral ties between Saudi Arabia and Turkey onto a rock bottom.

In addition, the two countries didn't see eye to eye on a range of regional issues concerning Egypt, Libya, and Syria.

Ankara, which is in the throes of a deep economic downturn, has been recently seeking to restore ties with Riyadh and other Gulf Arab countries.

In April, a Turkish court decided to halt the trial of Saudi Arabian suspects over the death of Khashoggi and transfer the proceedings to the Saudi authorities. Weeks after the court's decision, the Turkish president visited Saudi Arabia and held a meeting with the crown prince.