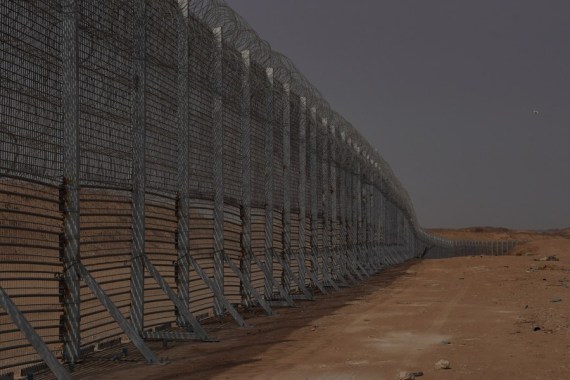 Picture taken on Dec. 7, 2021 shows a portion of the barrier along the Gaza Strip. Photo: Xinhua/POOL/Israel Defense Forces SPOKESPERSON'S UNIT.

Israel announced on Tuesday the completion of a high-tech underground wall around the Gaza Strip aimed at preventing militants from entering the country, reported Xinhua.

The barrier includes hundreds of cameras, radars and other sensors, command centers and control rooms, the defense ministry said in a statement.

It also includes a maritime barrier equipped with means to detect infiltrations at sea and a remote-controlled weapon system. The barrier spans over 65 km and more than 140,000 tons of iron and steel were used in its construction.

Its construction lasted about three and a half years.

"The barrier, which is an innovative and technologically advanced project, deprives Hamas of one of the capabilities it tried to develop," Israeli Defense Minister Benny Gantz said in the statement.

According to Gantz, the barrier will provide Israeli citizens "a sense of security."