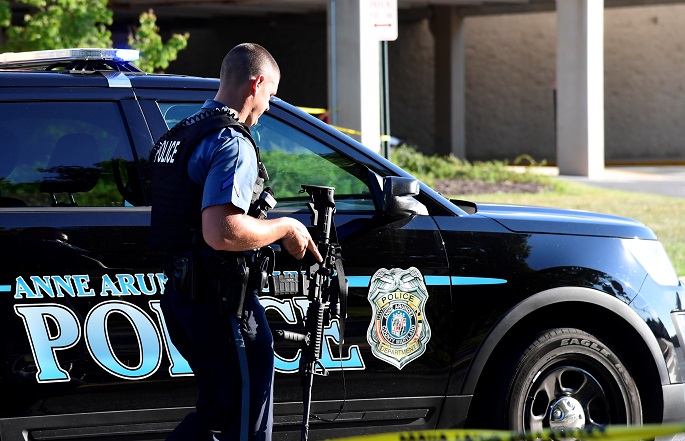 American actor Alec Baldwin shared his "shock and sadness" Friday after discharging a prop gun that fatally shot a crew member and wounded another on the set of his new movie one day earlier in U.S. state of New Mexico, reported Xinhua.

"There are no words to convey my shock and sadness regarding the tragic accident that took the life of Halyna Hutchins, a wife, mother and deeply admired colleague of ours," Baldwin said on Twitter, noting he is "fully cooperating with the police investigation to address how this tragedy occurred."

"I am in touch with her husband, offering my support to him and his family. My heart is broken for her husband, their son, and all who knew and loved Halyna," Baldwin added.

"Rust" is an American Western film based on a story created by Souza and Baldwin who also stars in. The 63-year-old Hollywood veteran is well known for his roles in "30 Rock," "Beetlejuice," "The Hunt for Red October" and his masterful impressions of former U.S. President Donald Trump on comedy sketch TV show Saturday Night Live.

The prop was fired at Bonanza Creek Ranch, where filming was underway. The set was locked down while police were investigating how the incident occurred and "what type of projectile was discharged," according to a local newspaper, the Santa Fe New Mexican.

Originally from Ukraine, Hutchins is a Los Angeles-based union cinematographer who graduated from the AFI conservatory in 2015 and has since established a track record of successful narrative features, according to her personal site.

"The entire cast and crew has been absolutely devastated" by the tragedy, said the film's production company, Rust Movie Productions LLC, in a statement Thursday. The company said it had halted production on the film for an undetermined period of time and fully cooperated with police investigation.

The prop gun that killed Hutchins and wounded Souza during the incident contained a "live single round," Variety, a top Hollywood trade publication, reported Friday, citing an email sent by IATSE Local 44, a professional association of craftspersons within the entertainment industry, to its membership.

Hollywood was shocked by the incident. The International Alliance of Theatrical Stage Employees, Moving Picture Technicians, Artists and Allied Crafts of the United States, Its Territories and Canada (IATSE) said in a statement that "we are heartbroken and devastated to learn that one of our members, sister Halyna Hutchins, died yesterday from injuries sustained on set while working as the Director of Photography on Rust in New Mexico."

"Our entire alliance mourns this unspeakable loss with Halyna's family, friends, and the Rust crew. We are activating our partnerships across the industry to provide support and resources to our sisters, brothers, and kin," said the union, noting that "creating a culture of safety requires relentless vigilance from every one of us, day in and day out."